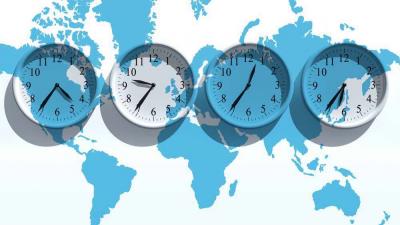 The airline has already tried to implement different ways to hasten your recovery, including changing the colour and intensity of the interior lighting.

The meals onboard are also being designed to either put you to sleep or wake you up.

Qantas is carrying out the research in partnership with the Charles Perkins Centre in Sydney.

Steve Simpson, academic director of the Charles Perkins Centre, said of the research: “What you can do is make sure you’re pushing as quickly as you can to the destination time zone and getting the timing of things right.”

“The way you feel, the way you function — mentally through to bowel movements — is all ultimately controlled by your body-clock,” he added.

As per the Fin, while Qantas has partnered with leading psychologists, nutritionists and sleep experts at the University of Sydney’s Charles Perkins Centre, there’s one hard truth.

There is no cure.

However, that won’t stop Qantas using scientists to soften the blow, and given our current jetlag cure is to drink several wines and hope to not wake up hungover, we’re welcome to any progress.

In other Qantas news, the airline has officially kicked off its Melbourne to Denpasar route as of yesterday.

Operated by a Boeing 737-800 aircraft, the new Qantas route comes as Jetstar increases its Melbourne-Bali flights from ten per week to twice daily.

The announcement complements Qantas’ year-round daily Sydney – Denpasar service and reflects strong demand from customers who want to fly to one of Australia’s favourite holiday spots on a full-service carrier.

Qantas’ Melbourne – Denpasar service will be operated by a two-class Boeing 737 aircraft, with a checked baggage allowance, in-flight entertainment and food and drinks all included as part of the fare.

This means that along with Jetstar, the Qantas Group now offers customers 84 return services to Bali from across Australia – the largest international airline group to operate on the island.