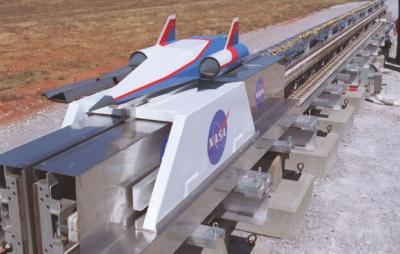 Sometimes, to move forward, you have to go back to the basics—sometimes way back. SpinLaunch, a startup spaceflight development company, raised $30 million to fund a catapult system—not a flaming ball to capture the castle catapult system, but rather technology to launch cargo into space more cost-effectively.

A recent press release unveiled SpinLaunch’s catapult concept for helping to reduce costs associated with fueling rockets, which have been the mainstay of space exploration.

“Since the dawn of space exploration, rockets have been the only way to access space,” said Jonathon Yaney, SpinLaunch founder. “Yet in 70 years, the technology has only made small incremental advances. To truly commercialize and industrialize space, we need 10x tech improvement.”

In 2006, NASA changed how it supplied the International Space Station. Instead of government-operated launches, the agency moved to using commercial companies. Two years later, contracts were signed with SpaceX and a rival aerospace company, Orbital Sciences, at a cost of $1.6 billion for 12 launches and $1.9 billion for 8 rocket launches, respectively.

While it still saves taxpayers money—a NASA shuttle mission was estimated to cost around $500 million, or significantly more depending on the source—the price tag is still pretty steep for launching supplies. The least expensive carrier, SpaceX, launched 5,000 pounds on its last resupply mission. If you do the math, at around $57 million a launch, that equals about $25,000 per pound. Yaney believes his system could reduce the costs of individual launches to around $500,000.

SpinLaunch’s catapult technology centers around a centrifuge, which would need to spin at around 3,000 miles per hour to launch items into space on their own. The company does have alternative plans to use supplementary booster rockets to assist exiting the atmosphere if necessary. What does 3,000mph look like? The fastest aircraft, the Su-27, reached 1,550mph, which was 2.35 times the speed of sound.

While Yaney’s vision seems futuristic, the fact that it has been explored by NASA lends some credit to the possibility.

The space agency created a prototype supply catapult system, the Magnetic Levitation (MagLev) System, that used an electromagnetic track instead of a centrifuge. While research continues, it has not proven fast enough for cargo launches. Perhaps a supersonic spin on an old technology is exactly what is needed.

To learn more about cool ways to get into orbit, check out 3 Challenges for Engineering a Space Elevator.

More in this category: « NZ seen as the world’s living global tech lab Intelligent transport systems could earn $1.5 billion a year »
back to top
Jul 05, 2018