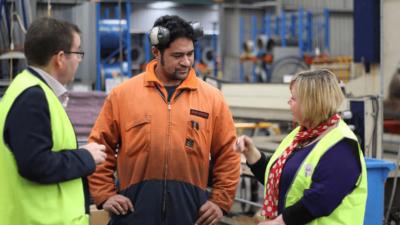 The New Zealand government has proposed phasing out the Growth Grant administered by Callaghan Innovation and introducing a 12.5 percent research and development tax incentive in a discussion document released today.

According to Research, Science and Innovation Minister Megan Woods, New Zealand's gross expenditure on research and development is 1.28 percent of gross domestic product, compared to an OECD average of 2.38 percent. While business expenditure on R&D has been rising it is still only 0.6 percent of GDP, she said. The government is committed to increasing R&D expenditure to 2.0 percent of GDP over 10 years and the R&D tax incentive is one tool to get there.

There is a need for an increasing contribution from the private sector and 'that's why we are introducing an R&D tax incentive as a further addition to the system of government support for New Zealand's innovation framework," said Woods.

Woods said "obviously, there needs to be a careful approach to distributing tax incentives" and over the next six weeks, the Ministry of Business, Innovation and Employment, Inland Revenue and Callaghan Innovation will be seeking feedback through a variety of channels.

If the proposal is implemented, the tax credit on eligible expenditure will be available to businesses doing R&D in New Zealand from April 1, 2019. Woods said the definition of R&D must be "as clear and robust and practical as possible."

Under the proposal, R&D would be defined as activities conducted using "scientific methods that are performed for the purposes of acquiring new knowledge or creating new or improved materials, products, devices process or services" that are intended to advance science or technology as well as any related support activities.

A business would need to spend a minimum of $100,000 on eligible expenditure, within one year, to qualify. A business will be able to claim a tax credit for up to $120 million of R&D expenditure per year. This equates to a tax credit of $15 million each year, based on the proposed 12.5 percent rate.

Currently, the government seeks to promote the commercialization of innovation through Callaghan Innovation grants. According to the discussion document, the growth grant administered by Callaghan would be phased out with the introduction of the tax incentive but will continue as normal until final decisions are made by the government.

Run your releases on MSCNewsWire