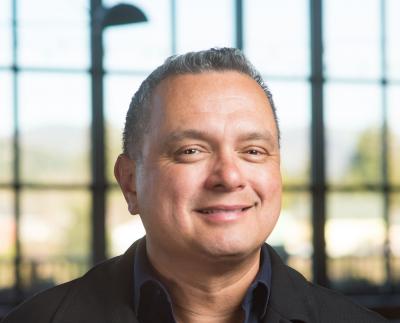 because it has such great potential for its agriculture industry and monetising big tech investment offshore, a San Diego-based Kiwi from Wellington says.

Arama Kukutai is a partner in American investment company Finistere which has built and backed companies worth more than $US5 billion.

He is a key speaker next week during Techweek. He will be one of many glittering international delegates attending the 10 billion mouths agritech conference at Tauranga on May 23. Agriculture and food contribute more than $US37billion to the New Zealand economy annually. New Zealand is the world’s largest exporter of dairy and sheep meat.

Kukutai says Finistere is investing in New Zealand because they think New Zealand is placed to create a lot of value from its technology and deep expertise in agriculture and food.

“It is a great location for bringing the best of new agritech from around the globe. Agritech is seeing a new apogee in investment and New Zealand stands to profit from this mega trend where $US85 billion was invested in venture capital in 2017, and over $US1.5billion in agritech,” the Victoria University graduate says.

“New Zealand invests nearly $750 million in research and development for food and agriculture but is only just starting to see innovation startups commercialise the tech resource coming from public and private investment. “

The country is a big primary producer and tech will very soon make a big difference to agriculture. Digitisation of the farm is impacting agriculture globally. He says.

“The environmental impact of Kiwi farming has prompted debate and concern around nitrate runoff and greenhouse gas impacts.

“We are great at production but need to improve our impact as well to remain viable. Tech in sensing, imaging and analytics can help farmers better run their operations sustainably.

“Lastly understanding and improvements in the genome is impacting improvements not only in genetics for yield, but also tackling food quality and nutrition challenges.

“There is a great cohort of quality New Zealand agritech companies in all these areas, but we also think open access to the best tech from offshore is also key to maintaining New Zealand’s position as a centre of excellence.

Kukutai says they hope to partner with AgritechNZ, to be launched next week during Techweek, and as part of the NZTech alliance.

“We want to build a country partnership with New Zealand that can help drive two-way tech transfer and benefit our mutual networks that seek to commercialise and share the benefits with the world of more sustainable, productive and quality agricultural outcomes.”

More in this category: « No MPI plans for extra cattle movement restrictions on Gypsy Day Research proves value of traceability in dairy industry »
back to top
Apr 26, 2018