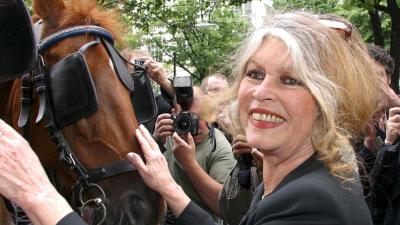 Understands, as did Princess Diana, difference between transient issues and enduring ones

If anyone still doubts Bridget Bardot’s influence consider for example how she became so inextricably entangled in the departure of France’s two senior cabinet ministers Nicolas Hulot and Gerard Collomb.

Hulot, a mop-haired former television presenter turned Environmental Minister ran afoul of Miss Bardot when he appeared to side wither her on preserving France’s diminishing population of wild bears and wolves, and then proceeded to backtrack.

Collomb, a wizened elf of a man, another very early supporter of President Emmanuel Macron, and long-time tough-guy mayor of Lyon threw up his hands and returned to Lyon when as Interior Minister he sought to confront the other Bardot mainstream alert which is the islamicisation of France, writes our Europe correspondent.

He quit the government in a process which he described as “emerging out of the politically correct.”

These two episodes indicate Miss Bardot’s ability to retain her influence at the cutting, if not jarring, edge of public life.

Since then she has all but stamped out bull fighting and in her passion for animal welfare has made the French care for their dogs, for example, in a way that would put even the English to shame.

When, a generation ago, she began sounding the alarm about the way in which France was moulding its ways around its islamic population, rather than vice versa, it was an unpopular cause in a nation which has thickets of legislation to allow people to do pretty much whatever they like under a faith canopy.

Again, the times have vindicated her, as M. Collomb’s sudden departure indicates.

He kept moving forward on the tough security issues, he disclosed on his departure.

But “there was nobody behind me.”

Bridget Bardot has something in common with the late Princess Diana in that she viscerally discerns the issues about to break on the public consciousness, and then unreservedly supports them.

They had in common the ability to distinguish between the transient and the embedded.

She was asked upon her retirement in 1973 what the future held for her.

She had changed the way women looked and she had personified the film industry.

How did she remain such a fixture on the public stage?

The first part of her career was dedicated to giving the public what they wanted to know.

The second stage to what they needed to know.

She was the first to draw attention to the neglect of animals.

Then she became the first ultra high profile public figure to break ranks and focus on the problems of integrating islam into a christian state.

Instinctively she understood when her grip on the fashion-entertainment sphere had reached its zenith and simply transferred her operational role from this ephemera to zones in which she could use her hold on the public imagination and apply it where it needed to be applied.

Above all, she knew when to close the door on one life and open it on another and quite different one.

Something that those in public life usually find it impossible to do.