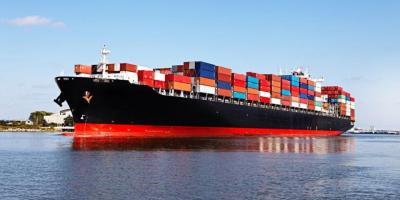 | Napier - MSCNewsWire - Monday 21 Nov,2016 |- Now that the media-led hysteria attendant upon the election of Donald Trump is fading we can obtain a clear fix on the new United States trade policies.

They in fact indicate an increasingly fair wind for New Zealand.

The priority is to in-shore what was once United States based engineering and manufacturing and return it to the rust-belts where the electors voted heavily for Trump.

This will not affect New Zealand which in the 1980s and in pursuit of globalisation ceased the manufacture here, actually added value, of all the most contentious products from the Trump point of view, notably vehicles.

The real shoot- out is between the United States and China. Here, New Zealand is in a strong position. An example will illustrate this point.

U.S. trade and commerce authorities in 2009 after President Obama took office imposed a punitive 35 percent tariff on vehicle tyres from China. In response, China took retaliatory steps of imposing tariffs on US chicken products with the result that importers now started by-passing the United States.

The point being that New Zealand stands to benefit in any forthcoming tit-for-tat trade war by acting as default supplier.

In New Zealand the emphasis on the Trump victory has centred on the Trans Pacific Trade wrap-up signed in Auckland earlier this year.

In fact and as MSC Newswire has consistently pointed out this now represents an earlier move to contain China by ensuring that the bulk of world trade, 80 percent, continues to be conducted in the USD.

This was a half-way house because of the Obama-Clinton adherence to the globalisation philosophy.

Tariff rates as high as 45 per cent have been floated as deterrents to Chinese manufactured goods imports into the United States.

China is the US largest trading partner, with USD $598 billion in total goods traded between the two nations in 2015.

Meanwhile the détente between the United States and Russia implicit in the Trump victory is scheduled to end the US led embargo on Russia. New Zealand is party to this.

The embargo was imposed at the same time as EU production started moving away from quota restrictions and this has led to massive farm surpluses in Europe to New Zealand’s detriment.

More in this category: « Lessons from New Zealand for the UK’s post-Brexit Trade Strategy Trump Policies Especially Lifting of Russia Embargo Will Benefit New Zealand Trade »
back to top
Jun 02, 2018