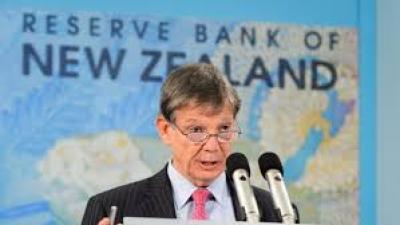 Reserve Bank Governor Graeme Wheeler today announced that he will not be seeking a second term as Governor when his current term ends on 26 September this year.

Mr Wheeler said: “It has been a great privilege to serve in this role, and in the remaining eight months I will remain fully focused on the economic challenges and opportunities facing the New Zealand economy. It was my intention, when I was appointed, to serve one term, and then to take on governance roles.”

The Chair of the Reserve Bank Board, Professor Neil Quigley, said the Government has advised the Board that, because of the proximity of the General Election this year, the Board’s recruitment process to identify a successor to Mr Wheeler needs to commence later in the year, and an acting Governor would be appointed to cover the post-election caretaker period.

The Minister of Finance, Steven Joyce, has, on the Board’s recommendation, announced the appointment of Grant Spencer under section 48 of the Reserve Bank Act to act as Governor for a period of six months on the conclusion of Mr Wheeler’s term. Mr Spencer had indicated his intention to retire this year but has agreed to defer in order to fill the acting role.

Mr Spencer is Deputy Governor and Head of Financial Stability, a position he has held since 2007. He serves as chair of the OECD's Committee on Financial Markets, and has held senior management positions at the Bank in economics and financial markets.

In 1995-2004, Mr Spencer was with the Australia and New Zealand Banking Group, holding senior management roles in treasury and strategy in New Zealand and Australia. He has also served terms with the International Monetary Fund as a Special Advisor, European Department, and as New Zealand’s Alternate Executive Director.

More in this category: « Reserve Bank Bulletin takes a closer look at forecasting model Spencer to be Acting Governor of Reserve Bank »
back to top
May 17, 2018