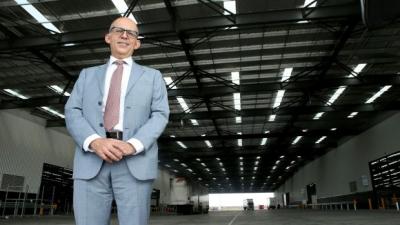 Size matters to CEVA. The world's fourth largest logistics company has just moved into what it claims is one of the biggest sheds in the southern hemisphere, a half-kilometre-long storage and distribution facility equivalent to eight MCG playing fields in size.

Netherlands-based CEVA Logistics occupied the new $80 million single span building in Melbourne's western suburbs in August last year, part of a rationalisation that has also seen it consolidate into similar, although smaller, "super sites" in Brisbane and Perth.

More in this category: « Prime Vision's new strategy in Australia and New Zealand CNG-powered trucks cut costs and emissions at Skoda »
back to top
Aug 24, 2018