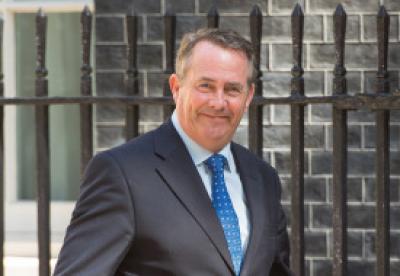 A former New Zealand trade negotiator has been appointed the Government's key adviser for securing trade deals with countries outside the European Union.

Crawford Falconer, who has previously described Brexit as a "enormous opportunity", will work with International Trade Secretary Liam Fox to draw up deals ready to go as the UK leaves the EU.

A former vice minister for international trade and foreign affairs and ambassador to the World Trade Organisation, the academic is currently a trade professor at Lincoln University.

It comes as Mr Fox prepares to visit Washington on Monday for talks about future trade links between the UK and the US after Brexit.

He said: "Britain is a great global trading nation and, as we leave the EU, we will embrace the world and seek to build an outward-looking Britain that is confident on the world stage.

"We're attracting the very best global talent to the Department for International Trade and as an international economic department Crawford brings extensive experience of trade negotiation and foreign affairs and will play a key leadership role, with ministers and the first permanent secretary as we further build our trade capability."

The government has faced criticism that it does not have the skills and manpower needed to carry out complex deals for the country's future after Brexit.

In his role as chief trade negotiation adviser and second permanent secretary at the Department for International Trade (DIT), Mr Falconer will be responsible for boosting the negotiating skills in the team as well as developing free trade agreements and market access deals outside the EU.

Officials said more than 3,000 people now work for the department.

Speaking earlier this year at the Legatum Institute think tank, Mr Falconer said Brexit was a "potential game changer" and countries like Australia, New Zealand and Mexico would want to work with the UK.

"It's a bit like somebody who has woken up after a long sleep. They don't quite realise that they are the sleeping giant," he said.

"I think there is a dawning realisation that there's a huge strategic opportunity."

Speaking about his appointment, Mr Falconer, who holds dual New Zealand/ British nationality, said: "As the UK prepares to leave the EU, it will be top of the Government's agenda to turn the enormous new opportunities opening up for the UK into win-win agreements with our trading partners around the globe.

"That will bring tangible new gains to us at home, and it will bring gains to those trading partners that join us.

"As the world's fifth largest economic power, the UK will bring much needed leadership to the international trade agenda. I am absolutely delighted to join this hugely exciting new journey."

Trump's controversial steel and aluminium tariffs to start in 15 days.