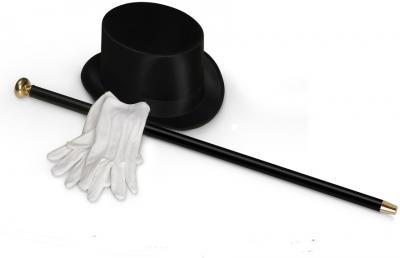 We are told by former prime minister Jim Bolger among select others that what Winston Peters MP really wants is “respect.”

Yet what precisely is respect these days and who exactly has it?

One thing is obvious and it is that the Right Honourable Winston Peters MP PC does not believe that he has enough of it.

Otherwise he would not be so actively seeking more of this elusive commodity.

Our starting point to putting flesh on the bones of the elusive respect is what became known as the “Congalton” report on the status of occupations here.

This report named after its driving force A.A Conglaton of Victoria University was a joint venture with the University of Chicago.

It was one of the rare academic reports to have generated a strong response outside the university, as well as the usual fluttering of the dovecotes inside.

In the midfield of the occupations in terms of status that of politician appeared under that of journalist or “news reporter” as it was described in the survey.

Standing unrivalled in the top three positions of this survey were in order :-

Would Mr Peters have thus been accorded more respect had he remained just a solicitor instead of chancing his arm as a professional politician?

There have been numerous other such reports since the Congalton one.

These though have been adjusted around the funding available to complete them and therefore have been of a modish and thus tendentious nature woven around gender and ethnic pivots.

In the context of today’s debate the ascendancy of the occupation of news reporter over that of politician remains the outstanding condundrum.

This was prior to the university-isation of journalism. Before it became feminised. Before its pseudo -professional “investigative” era

In those days news reporters did just that. They reported the news.

It is hard to discern any other clues.

One might be in the old city & guilds type of grading qualifications such as in Pitmans.

Still, this must be set against the status from which National member of parliament were drawn in those days which then as now was from a farming-professional one.

Or the notably much stronger profile in those days of the Labour members, drawn from a union-academic background.

Mr Peters meanwhile is no politico-literary slouch and enjoys quoting from David Lloyd George among whose utterances are those to the effects of the “baubles” of office and “the glory of the unadorned name.”

In the event Lloyd George was hardly immune to such temptations having succumbed to the title of Earl Lloyd-George of Dwyfor, OM, PC.

Is there something familiar about this?

| From This email address is being protected from spambots. You need JavaScript enabled to view it.  ||  Saturday 7 October 2017   |||

More in this category: « How did we get this early Winston Peters Ascendancy forecast (“Has booby trapped centrists”) so excruciatingly correct? Here’s how…. Silence of the Lambs – Miramax’s Harvey Weinstein Put New Zealand Film Industry on the Global Screen »
back to top
Nov 11, 2018