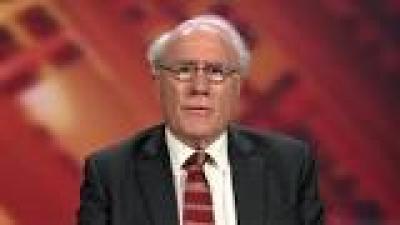 Cloture regime must be imposed to stop endless coalition “negotiations”

Several weeks after its general election New Zealand remains rudderless under what is now officially described as a “caretaker” government.

A minority party, New Zealand First, will dictate the makeup of the government that will eventually take power.

The impression internationally is of an unstable nation, more of a Latin one than a Westminster one.

There is in existence no statute defining for example the limit of the post-election coalition deliberation duration.

There is for example no statute which promulgates an incentive to an early conclusion of negotiations such as that another general election must be held if agreement cannot be reached after perhaps 10 days.

Politico-jurists such as Sir Geoffrey Palmer (pictured) dedicate themselves to the propounding of a New Zealand constitution similar to the one that underpins the United States.

It is now obvious though that this crusade needs to be approached from a tactical point of view, rather than the all-encompassing one of the omnibus constitution.

Proportional representation was imposed by the Allies after World War 2 on the Axis nations of Germany and Italy.

The purpose was to prevent any one party from having overwhelming power of the type that might see ushered in another fascist regime.

In New Zealand the reason given was for minority interests, specifically Maori ones, to be guaranteed of having their own nominal representation.

In the event, this last MMP election saw Maori parties washed out of Parliament.

| From This email address is being protected from spambots. You need JavaScript enabled to view it. ||  Thursday 12 October 2017,   |||