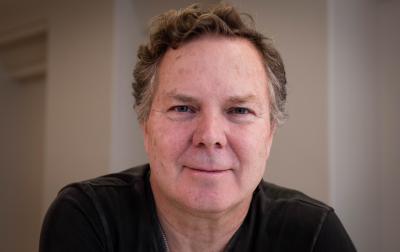 The head of New Zealand’s leading artificial intelligence (AI) company Soul Machines has issued a plea to New Zealand corporate companies not to fall behind in the global development of AI, the latest tech industrial revolution.

Greg Cross, chief business officer for Soul Machines, says jumping on the AI bandwagon is a big challenge and a big opportunity for New Zealand companies.“It will be fundamental to the competitiveness of our big industries going forward and currently there is not a lot of evidence that our corporates are experimenting and innovating at this point,” he says.Cross is one of 20 top speakers at AI-Day, the biggest artificial intelligence (AI) event ever to be held in New Zealand later this month. The event will be held in Auckland on March 28. Other speakers include Microsoft’s Steve Guggenheimer, IBM's Adam Cutler and Amazon's Alayna Van Dervort.The conference has been organised by NewZealand.AI and the AI Forum NZ, which is part of the NZTech Alliance, bringing together 14 tech communities, more than 560 organisations and more than 100,000 employees to help create a more prosperous New Zealand underpinned by technology.Cross’s Auckland-based company Soul Machines makes artificial intelligence human avatars that are emotionally responsive. They have built eight digital humans and are building about 20 more in the next 12 months. “These avatars are bringing a whole new level to online customer service,” he says.“Our digital humans are avatars with a central nervous system that can be mapped to show how they respond. The machines will be more useful to us and more natural to interact with.“Kiwis are going to be spending more and more time interacting with these digital human-like creations. An enormous amount of detail goes into making all aspects of these avatars and we really focused on making a difference to the way we live our lives.“We are going to spend more of our time interacting with AI systems, robots and machines such as self-driving cars. To be more like us these machines will need to be emotionally engaging in a way that we are capable of forming a relationship with them.“The core theory behind our technology is our faces are the mirror image of our brain. You can’t create a realistic face without creating models of the human brain as well,” Cross says.“Our avatars also have a breathing model because when we speak as human beings, we have to manage our sentences based on when we have to take a breath, so our tone of voice or expression on our face may change slightly.”Artificial intelligence had reached a tipping point and business leaders were not aware of the changes it would bring to the economy and society, Cross says.“These human avatar assistants are reinventing the way organisations serve customers online. Some businesses really realise the size and the scale of the impact this is going to have."“AI is the next industrial revolution and Kiwi businesses had to act quickly to survive it. Companies at the leading edge of artificial intelligence are few and far between in New Zealand,” Cross says.Meanwhile, AI Forum executive director Ben Reid says soon after the AI-Day event the AI Forum will be releasing a major research report on the impact of AI in New Zealand which identifies the opportunities and challenges for our country.

More in this category: « Sonnen to establish battery factory in SA Encouraging signs of more Kiwi women in tech »
back to top
Jul 05, 2018