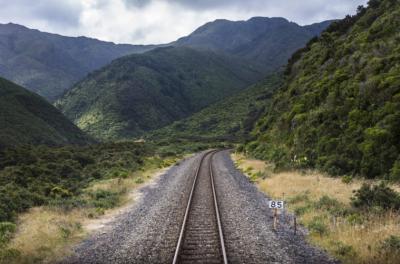 The Wairarapa rail line will undergo a significant upgrade after the New Zealand Transport Agency Board approved a $96 million investment which will help grow the region’s economy and boost tourism, Transport Minister Phil Twyford announced today.

This funding was set aside as part of the Government’s record $16.9 billion transport investment through the National Land Transport Programme aimed at supporting the regions, making it easier to get around our cities and saving lives.

Phil Twyford said without this investment, the Wairarapa line had been expected to deteriorate with more and more disruptions to services.

“This was simply unacceptable. Passengers have a right to expect a safe and reliable service, and this investment will ensure the long-term future of this route.

The investment includes $50 million for track infrastructure for the Wairarapa. And an additional $46.2 million to be used on the rail line south of the Rimutaka Hill tunnel, including double-tracking between Trentham and Upper Hutt.

Phil Twyford said this investment is vital to unlocking Wairarapa’s potential for economic growth in business and tourism.

“One of the key drivers of growth is confidence and consistency. This will help with both.

“It will also give the Greater Wellington Regional Council more confidence to invest in upgrading and improving the line’s rolling stock,” said Phil Twyford.

More in this category: « Electric vehicles go the distance Don’t miss out on fleet professional development forum »
back to top
Nov 14, 2018

PGF invests to build economic development capability in the provinces