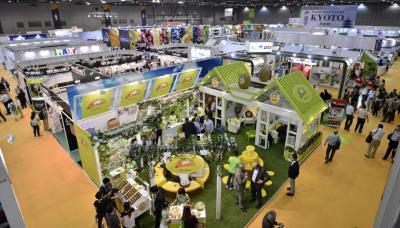 An award-winning online marketing campaign has helped New Zealand Trade and Enterprise (NZTE) build a database of over 65,000 consumers in China.

Developed for the WeChat platform, the campaign has been built around NZTE’s annual Taste NZ programme, which aims to promote New Zealand food and beverage products in a number of Asian markets.

NZTE engaged United Media Solutions (UMS), a digital marketing company based in New Zealand and China, to create and run the WeChat campaign for Taste NZ in the People's Republic.

“The aim of the platform was to create a group of people with the potential and interest to keep purchasing New Zealand products,” said Maxwell Shi, NZTE’s regional marketing and communications manager for Greater China.

The promotion was structured around a set period, in which consumers received a Taste NZ voucher every time they purchased a New Zealand product online.

That voucher included a QR code that consumers could scan using their WeChat account. Every consumer who scanned the QR code received points that could then be used while shopping for other New Zealand products. Regular competitions and prize draws were also held.

The programme has built a database of 70,000 members, which NZTE and UMS have drawn on to analyse consumer insights and promote other New Zealand brands and products.

“This database is our asset, and our aim is to increase this and further promote New Zealand companies and products to that database of consumers. We’ll do this by leveraging the database with incentives to buy New Zealand products,” said Shi.

The NZTE team has plans to grow the programme to reach 100,000 active consumers over the next two years.

“Most of the New Zealand companies represented here don’t have an in-market presence in Asia,” Shi told Asiafruit. “Our role is to help them connect with key markets so they can facilitate exports and grow their business.”

More in this category: « Leap forward in cherry grading revealed by Compac NZ co-operative ships first batch of tamarillo pulp to US »
back to top
Mar 20, 2018