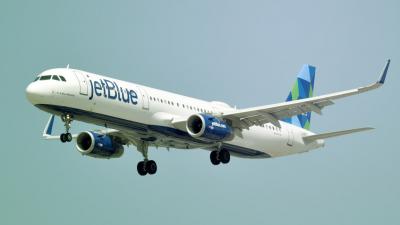 JetBlue has a new way to woo customers that goes way beyond free SunChips and in-flight Bones marathons. The formerly budget airline is teaming up with JetSuiteX to offer customers seats on semi-private flights up and down the West Coast, according to CNBC.

While the relationship between JetBlue and JetSuiteX is relatively new, JetBlue has been involved with its sister company, JetSuite, for awhile now. JetBlue invested in the California-based private jet company back in 2016.

Now, thanks to a code-sharing agreement, JetBlue customers can book seats for West Coast destinations aboard JetSuiteX’s 30-seat planes on its website–and even earn True Blue points while they’re at it. This seems to be a move by JetBlue to court both business and wealthier customers.

There may be some hiccups, however, at least for the time being. For example, customers will not be able to connect directly from JetBlue flights to JetSuiteX. Because the luxury airline uses either smaller airports or private terminals, people will have to wade through the crowd of unwashed riff-raff filling the public airport before finding their way to their private flight.