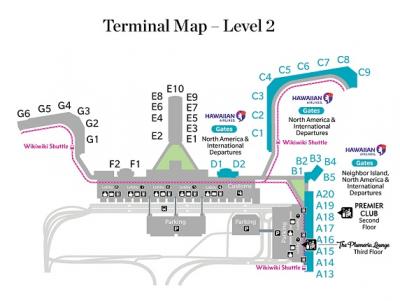 Hawaiian Airlines will have additional team members on hand to assist guests during the transition. From tomorrow, Friday 1 June 2018, and for the next couple of days, arrivals should keep an eye out for Hawaiian Airlines’ volunteers wearing purple Team Kōkua T-shirts in airport gate areas and lobbies if they need a hand with directions.

Here is what anyone arriving at HNL this Friday or anytime after that should know:

New digital signs will be placed over roadways to direct motorists to airline lobbies and check-in counters.

In addition to giving the airport a fresh new look, the sign replacements are needed to accommodate planned expansions at HNL, including new concourses at each end of the airport.