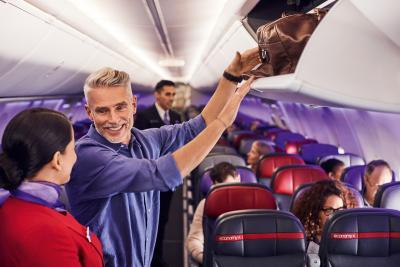 Virgin Australia to fly directly from Auckland to Newcastle, Australia

Virgin Australia have announced a new direct service between Auckland and Newcastle, Australia, further expanding the airline’s presence on the Trans-Tasman market. For the first time in 16 years, travellers will be able to fly directly between the two cities, opening up a range of travel and tourism opportunities.

Virgin Australia will operate three return services per week during the peak holiday period from 22 November 2018 to 17 February 2019, creating a gateway to the Greater Hunter Region in NSW and the rest of New Zealand. The new service, operated by the airline’s Boeing 737-800 aircraft, will add 13,000 seats between the two destinations over the busy holiday season.

Virgin Australia General Manager, Network, Revenue and Alliances, Russell Shaw, said, “Virgin Australia is thrilled to be expanding our services from New Zealand with this new direct flight to Newcastle.

“This new route demonstrates our commitment to the Trans-Tasman market. We are proud to connect people and destinations and support tourism between Auckland and Newcastle.

“Newcastle is a fantastic destination in its own right, but is also an important gateway to the Hunter Valley wine region, the Central Coast’s pristine beaches and a short drive to Sydney. We look forward to opening up this seamless international travel experience for passengers flying from Auckland,” Mr Shaw said.

“With the two countries being each other’s top travel destinations, this service adds yet another convenient direct flight. The service provides more choice for New Zealand travellers wishing to access the Hunter Valley region, and will enable Australian Central Coast residents a new and convenient way to travel to Auckland and the rest of New Zealand,” he said.

In October 2018, Virgin Australia will also launch two other Trans-Tasman routes, between Wellington and Sydney and Queenstown and Melbourne.

The new flights between Newcastle and Auckland are on sale now at www.virginaustralia.com for NZ$169 one way, excluding checked baggage1.