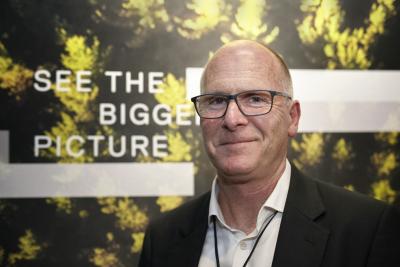 Seequent is helping customers in over 90 countries make better decisions about the world’s earth, environment and energy challenges.

Shaun Maloney, CEO of Seequent, says the nomination is a fantastic acknowledgement for the team who have delivered some stunning achievements for the company over the past “really big” year.

“We’ve continued to grow strongly – launching major new products for the civil engineering and environmental industries, as well as continuing to deliver new innovation for the mining and minerals and geothermal energy industries. We’ve also completed a major rebranding exercise to better reflect our capability in a wider range of industries, which has been driven by multi-million dollar R&D efforts each year for the past 6 years.”

Maloney says the company’s technology is involved in some of the world’s most important and challenging projects, including the first final repository for nuclear waste in Finland, multi-country vehicle and rail tunnel projects in Europe and water quality projects globally.

“We were also recently amazed to hear our Leapfrog Works software had been used by a local team to create a 3D model of the Tham Luang cave system, where 12 boys and their coach were recently trapped, to help communicate the high-level geological complexity of the caves area to rescue teams.”

The Christchurch headquartered company has people in 15 locations in its five territories: Asia/Pacific, Africa, Latin America, North America and Europe.

Winners will be announced at a black-tie gala dinner to be held at Horncastle Arena in Christchurch on 19 September, 2018.

More in this category: « Official Cash Rate unchanged at 1.75 percent Feedback period extended on proposed change to ‘University of Wellington’ »
back to top
Oct 18, 2018