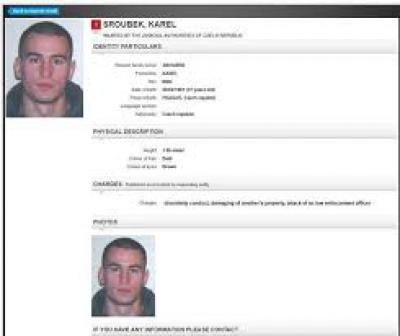 The Karel Sroubek affair is starting to show signs of a high level diversity exhibition play which ran into the back of a clandestine organised crime penetration operation.

The diversity was part of the long term campaign to portray successive governments as accepting to those from widely different and even cosmopolitan backgrounds.

The organised-crime cracking aspect to this case went wrong at the point at which the undercover operative was deemed to be an active participant in the criminality instead of being a covert observer.

In the middle of this and acting as the political football, absorbing the kicks, is immigration minister Iain Lees- Galloway.

Indeed, Mr Lees- Galloway shares something in common with the imprisoned Czech national in that both changed their names at various times.

Mr Galloway by double-barrelling his name adding the hyphenated “Lees”..... itself a difficult legal process nowadays.

Turbocharging the episode is the mixing in of sport, in this case kick-boxing.

The domestic nature of the affair can be brought into focus this way.

Mr Sroubek seems an unlikely candidate to be under an international surveillance protection scheme because he is too young to have participated in the Czech Republic’s era under the old USSR.

Therefore he has insufficient value as an asset to the western alliance to warrant being sheltered..

His continuing presence in being sought after by Interpol, and visibly so, indicates that he is not being sequestered as a favour to any foreign law enforcement authority.

It is in Mr Sroubek’ s involvement with New Zealand organised crime in the form of gangs that begins to evolve a reason for his high level protection in his adopted country in which he was so recently granted residence.

Czechoslavakia and New Zealand signed an extradition treaty as far back as 1924.

The Czech Republic is now categorised among the top half dozen of peaceful nations and is far removed from an autocracy dispensing summary justice.

It is a signatory to the EU’s Schengen treaty, and thus its citizens can move throughout EU nations.

The Labour government in whose lap this particular hot potato has landed has woven the affair into a wide and ever-widening tapestry of departmental process.

Mr Lees-Galloway in this has resembled a seasoned kick boxer in simply absorbing the blows to his reputation, however painful, in the anticipation of everyone wearying of the whole contest.

In the back of the mind of the onetime student activist and union organiser turned Member of Parliament may though be the recollection that it was participation in kick-boxing that caused the death of Muhammad Ali.

In kick boxing the blows from the body’s most powerful limbs, the legs, are directed at the most delicate – --the glandular system in the neck.

More in this category: « Donald Trump to Prevail in Presidential Referendum Switzerland Remembers New Zealand Servicemen »
back to top
Nov 11, 2018