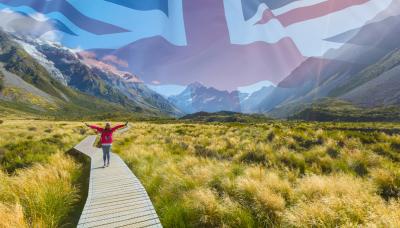 The boom years ahead are being driven by both the public and private sectors, with the New Zealand Government alone earmarking $NZ50 billion for large-scale infrastructure projects over the next 10 years. In a similar vein, the New South Wales Government has announced a $AUS20 billion plan to “turbocharge” the NSW economy.

T+T intends to stay ahead of the game and our new recruitment-focused website is already up and running at www.tonkintaylor.co.nz/careers/working-in-new-zealand

Next month our executives and recruiters head for London and the Down Under Live Job Expo, which will take place on February 25-26. Their mission is to attract star-quality engineering and science professionals to join our already exceptionally talented and internationally diverse team.

Our award-winning engineers, scientists, planners and project managers are the most critical component in ensuring our ability to continue delivering the high quality work T+T is known for. It’s vital that we attract the best of the best.

Richard Hancy, T+T’s Executive Leader of Engineering Services says that a strong economy, combined with a very positive economic outlook, has developed the perfect investment storm with both the public and private sectors investing heavily for the future.

“As a result, planning and construction related activity in transportation, commercial buildings, water infrastructure, housing and many other sectors is getting busier and busier.

“As a specialist engineering and environmental consulting firm, Tonkin + Taylor is already deeply embedded in these investment programmes, and expects that involvement to increase looking forward.”

The move aligns Tonkin + Taylor with the New Zealand Government’s long-term goal of providing resilient and coordinated infrastructure that contributes to a strong economy and high living standards. Its projected $NZ50 billion spend over the next decade includes a $NZ13.9 billion land transport programme to be commissioned by 2018, a $1.8 billion investment in local infrastructure and a further $NZ2.2 billion tagged for Crown assets associated with the Christchurch rebuild.

Further challenges and opportunities will arise as networks need expanding or renewing and cities come to grips with an ageing, increasingly urbanised population and the need for changing technologies.

To meet the increasing level of demand requires an increase in T+T’s capacity and capabilities.

Richard Hancy explains: “Now is the time for us to look beyond our traditional local markets and seek to enrich our team drawing upon the global market.

“T+T has had many successful recruits join from the UK over the years, and as a result has some great connections within the UK engineering and environmental markets. We have decided to take advantage of this, and proactively engage with the UK market to hopefully attract some new stars into our business.”

Sourcing overseas talent will not only help to address a critical shortage of engineers and scientists within New Zealand and Australia but also allow T+T to maintain a critical international perspective in a rapidly changing world.

More in this category: « MBIE appoints new Chief Scientist Harrison Grierson and T2 merge to form HGT2 »
back to top
May 30, 2018

Girls with Hi-Vis opening doors to new careers for women

Supplier of aluminium composite panels pulls out of CodeMark