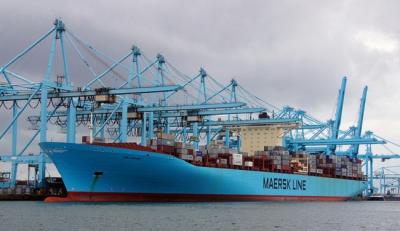 The proposed transaction would lead to the combination of two leading container liner shipping companies. Maersk Line is the largest container shipping company, while HSDG is number nine worldwide. Like several other carriers, Maersk Line and HSDG offer their services on trade routes through cooperation agreements with other shipping companies. These are known as “consortia” or “alliances” and are based on vessel sharing agreements where members decide jointly on capacity setting, scheduling and ports of call, which are all important parameters of competition.

The Commission examined the effects of the merger on competition in this specific market for container liner shipping on seventeen trade routes connecting Europe with the Americas, Asia, the Middle-East, Africa and Australia/New Zealand.

The Commission found that the merger, as initially notified, would have created new links between the previously unconnected entities Maersk Line and five of the consortia HSDG belongs to (Eurosal 1/SAWC, Eurosal 2/SAWC, EPIC 2, CCWM/MEDANDES and MESA).

The proposed transaction would also create (a) limited links between Maersk Line and HSDG in the markets for short-sea shipping and “tramp services” (unscheduled, on demand shipping), as well as (b) limited links between the two companies’ activities in container liner shipping and the container terminals, harbour towage, freight forwarding, container manufacturing and inland transportation sectors where Maersk Line or other companies belonging to the Maersk Group are active.

However, in both areas, the Commission found no competition concerns, in particular because several other service providers are active in these markets.

In order to address the Commission’s competition concerns, Maersk offered to terminate the participation of HSDG in the five consortia (Eurosal 1/SAWC, Eurosal 2/SAWC, EPIC 2, CCWM/MEDANDES and MESA). This will entirely remove the problematic links between Maersk Line and HSDG’s consortia that would have been created by the transaction.

In view of the proposed remedies, the Commission concluded that the proposed transaction, as modified, would no longer raise competition concerns. The decision is conditional upon full compliance with the commitments.

The transaction was notified to the Commission on 20 February 2017.

The Commission has the duty to assess mergers and acquisitions involving companies with a turnover above certain thresholds (see Article 1 of the Merger Regulation) and to prevent concentrations that would significantly impede competition in the EEA or any substantial part of it.

The vast majority of notified mergers do not pose competition problems and are cleared after a routine review. From the moment a transaction is notified, the Commission generally has a total of 25 working days to decide whether to grant approval (Phase I) or to start an in-depth investigation (Phase II).

More in this category: « Rising demand the engine for air freight market growth in 2016 Five Technologies That Will Impact Your Supply Chain »
back to top
Jul 05, 2018