Emirates goes all A380 in Melbourne 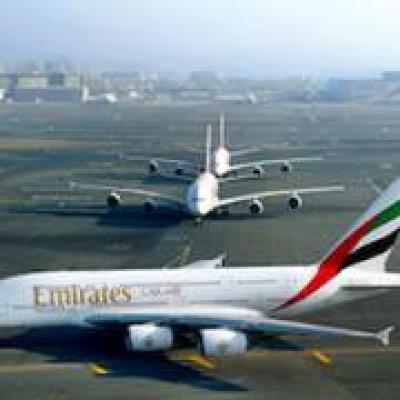 Emirates will provide an all-A380 service from Melbourne when it upgrades its third daily flight from the Australian city from a Boeing 777-300ER to an A380 operation.

The move will add 945 seats per week to the Australian city from 25 March 2018, representing a 10% increase in capacity. This means Emirates customers can enjoy even more seamless “A380 to A380” connections via its hub in Dubai to 18 points in the UK and Europe.

New Zealand already has an all-A380 service to Dubai and beyond, with four of the Emirates double-deckers flying daily from Auckland and another from Christchurch. One of the Auckland services flies to Dubai via Melbourne, providing a stopover option en route.

The additional weekly seats on the Melbourne-Dubai route will support more business and leisure travel between the cities and together with Qantas’ new Melbourne, via Perth, London Boeing 789 Dreamliner service beginning on 24 March 2018, offers Melbourne customers more options to London and Europe under the joint partnership.

The popular Emirates A380 has 489 seats in a three-class cabin configuration, with 14 private suites in First Class, 76 flat-bed seats in Business Class and 399 spacious seats in Economy.

Passengers in all classes can enjoy over 2,500 channels of the latest films, TV shows, music, and games on Emirates’ ice Digital Widescreen, which has been named World’s Best Inflight Entertainment at the prestigious Skytrax World Airline Awards for a record 12 years running.

More in this category: « Air New Zealand has #1 reputation on both sides of the Tasman Is this the future of inflight service? »
back to top
Apr 02, 2018