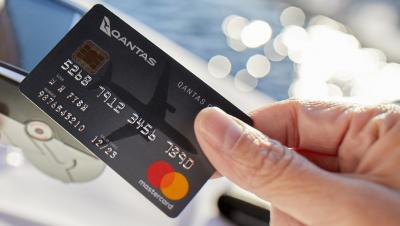 According to the Australian Business Traveller, the airline’s own-brand credit card will be a new Platinum-grade MasterCard, and will display the Qantas brand alone.

ABT reported that 35 per cent of all credit card spending in Australia is already happening through co-branded Qantas credit cards, in partnership with banks, American Express, and retailers like David Jones and Woolies.

Now, with Qantas not co-branding with any other company, Qantas is likely to steal a bigger slice of the profits.

It comes as Virgin Australia’s own Velocity program conducted research that found that Australian credit card use is motivated by loyalty rewards, with more than two thirds of respondents saying they will make a decision to buy an item based on whether they will receive points.

It also found that the most appealing loyalty rewards for Australians are frequent flyer points and store vouchers.

The credit card launch coincides with Qantas’ 30th anniversary of its frequent flyer program, which now boasts almost 12 million members down under.

So why should we care? Well, a few extra frequent flyer perks could be in store for Qantas members, with ABT reporting the airline has hinted at higher earning rates for its members, “exclusive travel benefits” like airfare deals and lounge access, and something Qantas is calling “uncapped earning potential”.