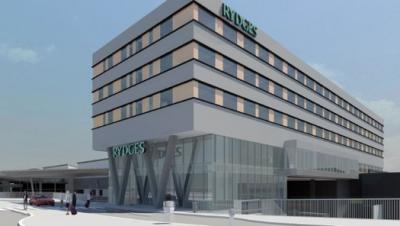 Construction on the new NZ$36m (US$25.5m) hotel at Wellington Airport is underway following a groundbreaking ceremony at the site, with an expected opening in late 2018.

The four-star 134-bed hotel at the northern end of the airport will be managed by Rydges and is to include a restaurant, bar and conference facilities. It will be fully integrated with the main terminal building, constructed above the international terminal and accessible from inside a newly redeveloped passenger lounge.

Steve Sanderson, Wellington Airport’s chief executive, said, “The hotel is part of the airport’s wider efforts to improve the experience of everyone who has to catch an early ﬂight or arrive on a late one. Many travelers utilize these international ﬂights and the airport’s particular focus is on improving its role as the gateway for central New Zealand.

“Grabbing a room and getting a good night’s rest will be a smart option for those that need to travel a fair distance home. We expect the airport hotel to be hugely popular with business travelers, families and those travelling internationally.”