By all accounts, 2018 should be the year of the space tourist. 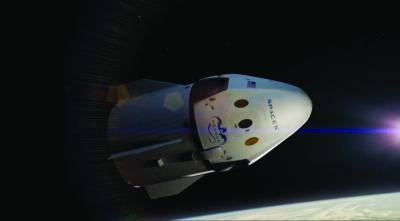 Like the Chicago Cubs who endured decades of “wait until next year,” credibly both Blue Origin and Virgin Galactic should be positioned to fly paying passengers in late 2018. How will a successful commercial flight impact the economics of space tourism? What is the demand for such flights?

One key question for the space tourism industry is will there be repeat flyers? That is, until space tourism is a destination-based business (e.g. flights to a private space station or to the moon) will flyers pay to fly more than once after they have earned their astronaut wings? The answer to this is likely very dependent on the experience itself. If it can be enjoyed as a group experience with friends, families, coworkers, etc., it is more likely that there will be repeat flyers. This would bode well for capsule-oriented travel such as Blue Origin is offering and the high-altitude balloon vehicle offered by WorldView (in which I am an investor), but might be less conducive to Virgin Galactic. Without repeat flyers, however, the demand could rapidly wane after the initial early adopters have flown and the novelty has worn off.

The case for sponsorships in commercial spaceflight is compelling and could dramatically impact the economics of space tourism. Global brands are looking for fresh, new ways to position themselves on the leading edge of their categories. Heineken and Red Bull have been the most prominent space backers to date, but once space tourism is more frequent, safe and mainstream, I would expect dramatically more sponsorships dollars to flow into the category, both to the operators and to a limited number of celebrity astronauts. With an average Fortune 500 marketing budget in the $50 million range, sponsorships could be a needle mover for the economics of the category and could ultimately be more lucrative than the ticket sales themselves.

The primary economic driver of space tourism in the long term, however, will be destination-based tourism. This remains a chicken-and-egg problem; the viability of a private space station, for example, is greatly enhanced by space tourism, but a private space station isn’t viable without reliable and economical passenger transport. And reliable and economical transport requires tourist demand predicated on viable destinations. Consequently, I would expect 2018 and 2019 to be almost exclusively suborbital travel until either new vehicles come on line that are more economical, destinations such as Axiom’s private space station materialize, or a combination of both. Certainly, SpaceX’s announced circumlunar trip could be the most significant space tourism mission to date, but at rumored $100 million-plus price tag, the demand for such missions remains very limited.

In addition to the vehicles currently known, the holy grail of commercial spaceflight remains a single-stage-to-orbit (SSTO) reusable spaceplane. While many believe that this is a practical impossibility given the laws of physics, others claim advances in materials, propulsion and design allow this to be at least theoretically possible. If a vehicle were to emerge that could provide SSTO reusability, it would transform space tourism as we know it.