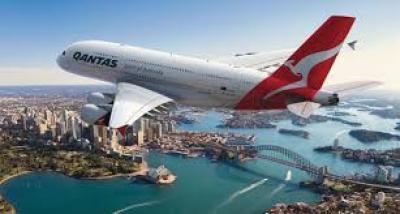 A nationwide air travel security alert began at the weekend after counter-terrorism squads launched armed raids on four Sydney properties over an alleged “Islamic-inspired” plot to bring down an aircraft – reportedly by using poison gas.

As a result, passengers now need to arrive at Australian airports two hours before domestic flights and three hours before international flights to allow ample time for screening.

This means that a traveller making a short day-trip for a business meeting – Melbourne to Canberra or Sydney to Brisbane, say – faces spending at least four hours at domestic airports, when their flight may last under 90 minutes or even less than an hour.

There can be no compromise on safety, but some travellers may decide to defer their meetings, use phone links instead – or even drive or use surface transport. Time will tell.

Meanwhile, the Transport Workers’ Union (TWU) has cautioned that the high turnover rate of staff at airports, linked to low pay and poor working conditions, is in itself creating a major security risk.

The turnover problem means large numbers of staff do not have full security clearance to operate at airports and do not have the experience or training to spot potential terror threats, the TWU warns.

“On any given day there are many hundreds of people working at our airports with no ASIO or Federal Police security checks,” TWU national secretary Tony Sheldon said.

“ This includes people doing regular work airside from maintenance to ground crew and, most concerning, security personnel. These staff are often on below-award rates, split shifts, forced part-time and are subject to horrific workplace injuries.

“Because of the appalling conditions many airport employees do not stay in jobs long and this high turnover rate is creating a security risk that our Federal Government and airport owners are wilfully turning a blind eye to.”

The TWU says low pay and forced part-time hours are a common feature of the aviation industry.

Media investigations earlier this year exposed instances of staff forced to sleep at Sydney Airport because they couldn’t afford to go home between shifts. See: Staff sleeping in swags by Aussie airport carousels

The TWU said airports and airlines are refusing to take responsibility for the conditions of Aerocare staff who work in their supply chains.

The TWU has also sounded the alarm over what it says is a complete lack of security screening at most regional airports served by QantasLink.

“Screening does not exist at airports at Armidale, Lord Howe Island and Moree in New South Wales, Port Lincoln and Whyalla in South Australia and Charleville, Blackall, Miles and Longreach in Queensland.

“Airport workers and our cabin crew are contacting us because they are concerned about their own safety and the safety of the travelling public given no checks are being done at these airports. Again while the Federal Government and airport owners like to appear to be concerned about security in reality there are gaping holes in operation,” Sheldon said.

The aviation industry is highly profitable. The TWU notes that profits at the four main airports in Sydney, Melbourne, Perth and Brisbane increased to AUD 1.8 billion last year and Qantas is now highly profitable.

“Our airports are clearly making billions of dollars in profit but are not putting funding into security,” Sheldon said.

More in this category: « In-flight revolution no.2 – open platforms and common standards Supercheap Auto Bathurst Tour 2017 »
back to top
Mar 28, 2018