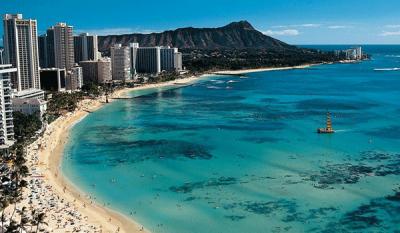 Air New Zealand will fly almost 60,000 additional seats between Auckland and Honolulu from April to October next year, an increase of 75 percent compared with this year.

The airline will operate an additional 94 return services during the period, moving to daily flights and up to nine services per week during the busy July school holiday period.

Services will be operated by the Boeing 787-9 Dreamliner for the majority of the year, with a change to the Boeing 777-200 during the July and September holiday periods.

“Hawaii is clearly a favourite destination for Kiwis, particularly for those wanting to escape the New Zealand winter. Air New Zealand has increased its services to Honolulu to offer customers even more flexibility as well as a greater number of premium seats during the peak periods by deploying our Boeing 777-200.”

Air New Zealand offers its popular Economy Skycouch™ product as well as Premium Economy and Business Premier on its services to Hawaii.

More in this category: « ‘Contactless traveller’ processing coming to Australia’s international airports Boeing Dreamliner draws itself in sky over entire USA »
back to top
Mar 26, 2018