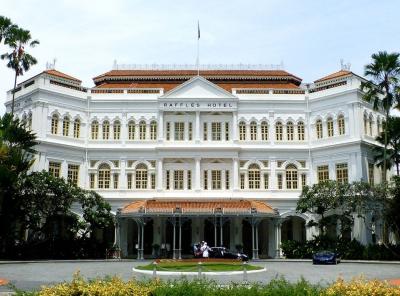 In the mercilessly competitive world of five-star hotels, even legends have to fight to stay in the game among the upper echelon of the hospitality industry’s glittering options for sophisticated travellers.

The peerless Raffles, the grandest of dames among colonial-era hotels in Asia, this week is checking in with the renovation doctor for a nip/tuck to revitalise the dowager of Singapore. Every 130-year-old should look so good, but looking good for its age is not of interest to the hotel; as always, it has to look/feel/be not just good but spectacular.

It is not with a little trepidation that guests may wonder what the new Raffles will be like, having admired the current Raffles for so long and loving it just as it is. Knowing Raffles, though, the management will get everything not just right, but perfect. The hotel’s powers that be are fully aware that retaining the intangible spirit and heritage of Raffles is of paramount importance. After all, the hotel has undergone renovations before and always emerged as more alluring a destination because of them.

Published in Accomodation
Tagged under