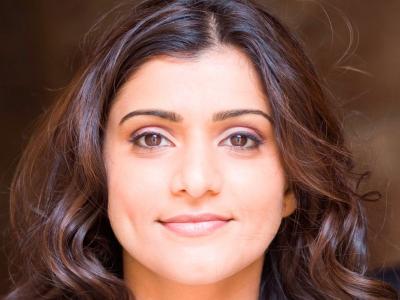 Tina Bhatnagar – who formerly worked in executive-level operations roles at both Twitter and Salesforce – will serve as vice president of operations and technology at Coinbase. Bhatnagar left Twitter in June after five years at the company.

Customer service has long been a problem for Coinbase and its 10 million users. The cryptocurrency exchange is by far the most valuable startup in the sector, and arguably the most popular. But its ability to manage customer complaints – ranging from frozen accounts to thousands of dollars in missing funds – hasn’t kept up with user demand.

Bhatnagar will to manage the customer side teams at Coinbase and at its professional-grade product GDAX. She’s tasked with doubling the size of Coinbase’s support team in the next three months, and expanding its four-month-old phone support program into a 24/7 service by the second quarter of 2018, the company said.

“When deciding to join Coinbase, I was not blind to the challenges ahead of me. But when I met [CEO Brian Armstrong] and the team, I knew it would be a truly joint effort to run our customer operations how we envisioned it,” Bhatnagar said in a statement.Coinbase has been working on growing its support for months

Coinbase committed to growing its customer support team in August, when it raised a $US100 million Series D at a $US1.6 billion valuation.Asiff and BrianCoinbaseCoinbase’s recently appointed president Asiff Hirji stands with co-founder and CEO Brian Armstrong. Hirji joined Coinbase in December as part of the company’s growth efforts.

The company added customer service phone support in September, to address months of user complaints across Reddit and Twitter describing arduous and often unsuccessful attempts at reaching the company via email.

Coinbase has also doubled down on efforts to expand its executive team beyond its founders, to include more industry veterans to help it scale. Longtime tech executive Asiff Hirji joined Coinbase in December as president and chief operating officer, replacing Coinbase co-founder Fred Ehrsam.

On January 10, Coinbase promoted longtime employee Dan Romero to the newly created role of general manager, where he will also focus on customer service. Romero previously held the role that Bhatnagar is filling.

“My number one priority for Coinbase is providing our customers with a great experience,” Romero said in an announcement. “We have been failing at this and it is totally unacceptable.”

More in this category: « Response To ASB Bank’s Article On Disruptive Technology Can an Entire City Run on the Blockchain? »
back to top
Sep 20, 2018