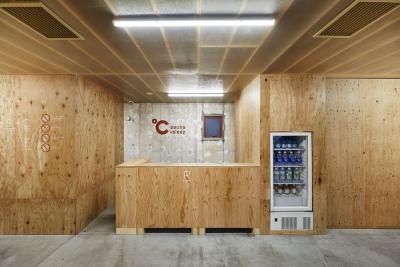 Jan 24, 2018  -  Before the tiny house movement was even a thing, Japan had already taken downsizing to the extreme with its capsule hotels, which squeeze lots of extremely small hotel rooms together under one roof. Tokyo-based firm Schemata Architects recently completed the renovation of an aging capsule hotel, which involved the addition of a sauna imported from Finland.

Located in Tokyo, the °C (or Do-C) hotel is part of the 9h capsule hotel chain, which takes its name from the maximum length of stay allowed. The idea is that visitors will split their time between an hour's relaxation before bed, have seven hours sleep, with a final hour left to checkout. 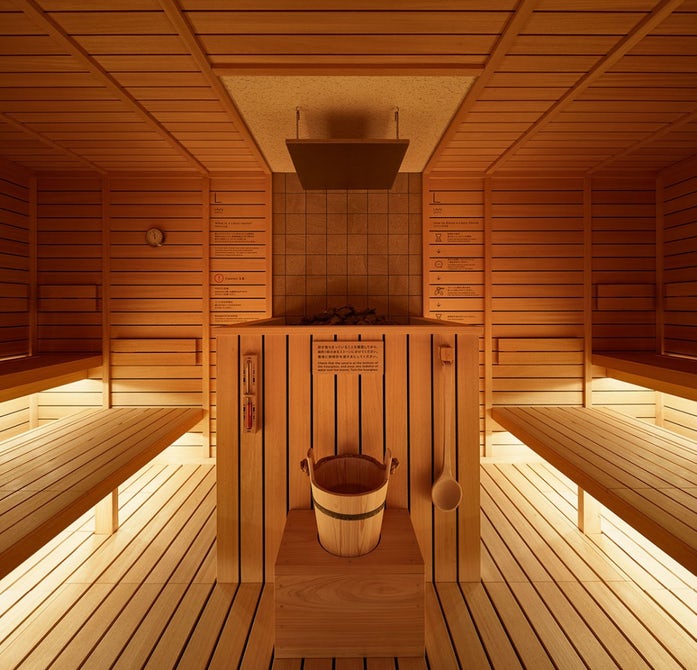 The experience is definitely not for the claustrophobic. Visitors sleep in little capsule rooms measuring a mere 1.1 x 2.2 x 1.1 m (3.6 x 6.8 x 3.6 ft), which are accessed by a little hatch entrance and contain few home comforts, other than a bed and TV (bathrooms are shared).

However, for those wanting to unwind, the firm did install a nice-looking sauna that promises a proper Scandinavian-style experience.

"The sauna was originally imported from Finland to Japan, which later evolved locally and a distinct combination of the sauna and cold bath for cooling down was established," says the firm. "Cooling down process is very important when using a sauna. Here shower faucets called 'Warm Pillar' (manufactured by TOTO) with a temperature controlling function are used for cooling down. The method called 'löyly,' which is common in Finland, is adopted to create authentic saunas."

Sauna aside, the renovation project seems like it was carried out with one eye on the budget and the end result looks very utilitarian. Schemata Architects retained the retro beige color scheme of the capsules themselves, while the building's interior walls are finished in wood and its exterior is covered in anti-corrosion paint.