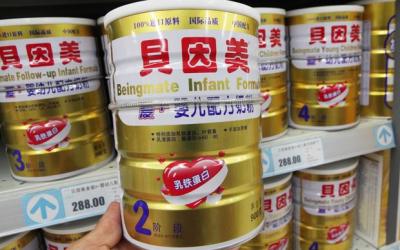 The topic that nobody dare introduce into the latest Fonterra production set back in China is the ability of a national cooperative to perform to expectation in China.

In the Beingmate episode there are a succession of coordinates emerging, official, anecdotal, and hearsay that indicate that the Fonterra management back in New Zealand was being sent a very distorted view of what was actually going on in China.

There are signs that there was a constant information deficit and one which even close personal relationships adding up to a controlling interest in Beingmate failed in the event to overcome.

Now the question that everyone is afraid to ask.

Is it now time that Fonterra started looking at establishing marketing partnerships with the food majors that have the market intelligence channels in China that Fonterra must now accept that the evidence proves that it lacks?

We are talking here of global food companies such as Nestle, the world’s largest.

The Anglo Dutch Unilever would be another such example.

There are many others.

The evidence seeping out about the Beingmate affair is that the tell-tale signals were always there, most noticeably the internal structural shufflings within the larger group.

There is also the matter of the suitability of a cooperative such as Fonterra seeking to implement its value added strategy in China.

There is in China the reluctance at all levels and by all sectors to part with foreign currency.

When Fonterra so recently embarked upon the Beingmate acquisition it was cited as a “game changer” for the New Zealand milk producer cooperative.

Nobody doubts that it has been.

Though not in the sense originally intended.

| From theThis email address is being protected from spambots. You need JavaScript enabled to view it.  ||  Saturday 24 March 2018   |||

More in this category: « Is this news? Facebook Duped Political Class into Divulging Likes & Dislikes »
back to top
Nov 11, 2018