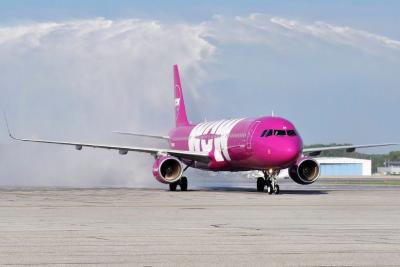 As legacy airlines seek to compete with scrappy, low-cost competitors across the Atlantic, some are ending a traditional perk on their cheapest tickets — free checked luggage.

Beginning April 10, Delta, Air France/KLM and Alitalia are implementing basic economy fares for transatlantic flights that require passengers to pay for their first checked bag, and do not permit travelers to receive advanced seat assignments. Passengers who buy the fares also will board in the last zone, and cannot change their tickets for any reason.

The fares were announced in December. At the time, Delta said that the fares were available on half its flights from the U.S. and Canada to Europe. They have not been implemented to the Middle East, Africa or India.

The Skift Daily newsletter puts you ahead of everyone about the future of travel. Subscribe now.

This no-frills approach, which is being adopted by other carriers as well, including American Airlines, is a marked shift from the long-held assumption that passengers can check a bag for free on an international flight. But the transatlantic fares are not quite as punitive as some in the U.S. domestic market, such as American’s, which prohibit customers from using overhead bins.

In adding a version of basic economy to some transatlantic routes, the major airlines say they are simply responding to low-fare carriers such as Wow, Norwegian and AirAsia, whose cheapest fares already limit passengers to a single personal item or a carry-on bag.

“I’m surprised it took the legacy carriers so long to make this change,” said Benet Wilson, the veteran aviation writer and airline staffer. As the low-fare airlines expand on routes that used to be dominated by big airlines, “competition is growing and margins are dropping,” Wilson said.

Kate Modolo, a spokeswoman for Delta, said the airline announced its basic economy checked bag fee on transatlantic flights “only to align with similar basic products in the market.” She noted Delta’s basic economy baggage policy on domestic flights is not changing.

Modolo declined to say how many Delta transatlantic passengers are expected to use the basic economy fares. “We don’t speculate on potential ‘take rates’ or customer behavior,” Modolo said.

However, passengers could flock to them, if Wow’s experience is any proof.

Prices are set to reflect demand in each market, but the division of fare types is “pretty similar,” Fridriksdottir said.

Christopher Elliott, a writer and consumer advocate, said he expects passengers on the majors to stumble until they get used to the fares. “I’ll probably receive complaints from passengers who bought these cheap fares, didn’t pay attention to the terms, and balked at paying for their baggage,” Elliott said.

However, Elliott said he doesn’t think there will be much consumer uproar over the discovery that one more thing has changed in flying across the Atlantic.

“Consumers care first and foremost about cheap fares,” Elliott said. “I think it’s far more likely that airlines know their passengers won’t pay attention to the fine print and will pay extra for their luggage. It’s all about ancillary revenues now.”

In fact, the fine print is mighty fine on some of the airlines’ Web pages. Delta, for example, allows customers to compare prices between basic economy, economy, comfort plus and, on some routes, premium economy on transatlantic fare.

But there’s no big print saying that if you book the cheapest fare, you can’t check a bag.

The wording over the basic economy section reads, “No advance seat assignments.” In tiny print, the airline said, “Additional baggage fee may apply” but it was up to the passenger to click through to find out the specifics.

KLM and Air France were both more specific.

KLM offers three economy choices on its transatlantic flights: Light, where passengers may bring hand baggage only and Standard, with hand baggage and checked baggage. Neither of those fares allow a cancellation.

Premium, however, allows passengers to bring hand and checked bags, and allows a cancellation.

Wow, for its part, uses both language and symbols to spell out what its prices include.

The barebones Wow basic fare includes a ticket and a personal item, such as a purse or messenger bag, and that’s it. There’s a little airplane and a briefcase to illustrate the point.

Wow Plus, one step up, gives the passenger a ticket, a personal item, a carry on bag, a checked bag, and a standard seat. And so on, with words and pictures, as prices go up.

Wow’s optional fees and charges fill an entire web page, and it has a sliding scale of charges for carry on bags and checked luggage. “There is very little misunderstanding of the rules,” said Fridriksdottir. “It’s quite clear in the booking process.”

Wow and its competitors keep growing. In February, Wow announced additional flights from Cincinnati even before its service there begins on May 9. Cincinnati is its 16th city in North America.

“Carriers like Air France and Delta see that passengers are willing to do what it takes to get rock-bottom fares,” Wilson said.

“But the legacy carriers need to be transparent with current and potential customers on just what they get — and don’t get — with these basic economy fares.”

Fridriksdottir at Wow said she believes there’s a larger trend underway. “It is an attempt to compete with the low cost carriers without actually adopting to the low cost model,” Fridriksdottir said. “Like someone said, there will be no legacy airlines in the future.”