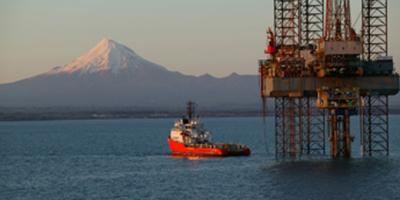 The earlier than expected determination of the Green Party faction to enforce its minority influence within New Zealand’s ruling Labour governing coalition by banning oil exploration came as a surprise to many, notably those in the Taranaki region.

There are signs that the National Party opposition was also wrong-footed, imagining that the Labour coalition would tamp down this kind of doctrinal fervour when it directly impacted on jobs, in this case 11,000 of them according to New Plymouth National MP Jonathan Young.

Neil Holdom called the decision a "kick in the guts" for the Taranaki economy.

He candildy admitted that he had anticipated a consultative process prior to the introduction of such a policy.

.The policy bombshell sent a message to major investors and employers in Taranaki that they do not have a long term future in New Zealand, he said.

He also observed that oil and gas royalties from Taranaki help boost government revenue by $300m a year.

“Because petroleum is produced to meet growing global demand, not exploring and producing in New Zealand simply means other countries will produce it instead and we will have to import it at higher cost.”

In fact New Zealand’s imports of oil continue to increase each year according to an industry statistic deliberately kept in the shadows.

All this was no surprise to us.

On March 19 MSC Newswire signaled what was in the policy pipeline:-

“New Zealand’s Green Party which has the ability as a faction to apply a tourniquet to the ruling Labour coalition government now threatens to put an end to all oil and gas exploration.

“Anticipating the new soundings the bureaucracy is harmoniously positioning itself.

“At the end of last year the allocation of oil and gas exploration blocks for which there were known to be a spread of applicants saw just one permit allocated.”

Our observation came after observing the pressure that the Labour government’s idealistic wing was pouring on the coalition and from several directions.

Above all our message was there that the Greens believed that they had to play to their gallery with a spectacular policy announcement.

The Greens knew that their fringe policies on things like ship emissions were not enough.

They needed a spectacular international-scale piece of show-boating.

Which is what they delivered.

Meanwhile, It is by no means clear that the rest of the ruling Labour Party coalition understands that in appeasing the Greens with the oil exploration cut-off, they are also cutting off the nation’s heavy engineering capability.

Ironically the mast famous of these, Fitzroy Engineering, is also a leader in alternate energy.

New Plymouth’s Fitzroy has made major contributions to projects including LanzaTech, WETOX and the Z Energy Tallow to Biodiesel development through assisting in the design for scaled prototype and commercial plants.

Fitzroy is working with Z Energy on the design and construction of the first commercial scale Tallow to Biodiesel development in New Zealand.

It is also involved in waste heat recovery for power generation.

To buffer the shock of its Green faction appeasement via the oil exploration ban the Labour coalition has invoked its own showcase policy, the provincial economic funds scheme which it is claimed will boost still further the Taranaki already well-catered for tourism.

Calling perhaps upon celestial powers to fill the industrial vacuum, left in the wake of its exploration veto the government says that it will quite literally further fill the pews through funding the refurbishment of the New Plymouth cathedral.

More in this category: « Winston Peters Wisdom over UK & Russia ---anticipates softening China market New Plymouth Industrial Damage Control Requires Deputation to Cause of Damage which is NZ Government »
back to top
Nov 11, 2018