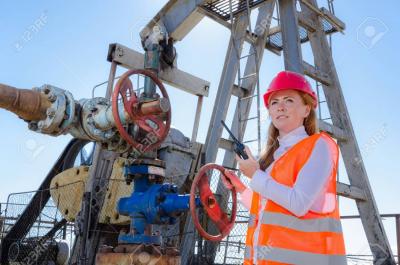 Taranaki is the nation’s industrial powerhouse province with the unique advantage of a balance of industries. In an extraordinary home goal the government has now endangered this equilibrium. Putting this right will require careful handling by industry and local authorities. Some pointer:-

Do point out that the he energy industry centred on New Plymouth is part of the solution to the government’s biggest problem which centres on housing ….and that this is caused by people working and thus living in the Auckland and Wellington conurbations. The energy industry spins people away from these high cost areas to………Taranaki

Do point out that engineering underpinning also holds the key to an evolving problem and which is on the path to becoming critical and which is the applied skills shortage……and you might simply toss the government’s own information back to it, such as this workmanlike description which sets out what the Western Institute of Technology (New Plymouth) does

“Taranaki is recognised as New Zealand's Energy province. The Taranaki region is home to New Zealand's Oil and Gas industry with almost ninety percent of the sector's total nationwide employment based in the region.

“The region boasts a thriving boat and yacht building industry and is home to many national and international engineering companies.”

These are the two aces in your pack. The coalition government slides out of both these issues by blaming them on the National government. This is one of the reasons that it wanted to slam on the oil & gas ban early in the piece. So that its effects too can be blamed on National.

Do try and side step when you take the activist high road to Wellington…… meetings with the Labour coalition’s single issue zealots. You will find yourself fodder to the ideologues At best you will end up looking like the more enlightened wing of the tobacco lobby. For this same reason it is useless to say that the energy sector does not require taxpayer input…..pays an immense amount of tax into public coffers..

Do seek instead to present your message to a cross-party group…..to which you must clearly deliver your third key message, not widely understood in Wellington, to the effect that the 30- year timescale means that the industry is being strangled as of this moment.

To illustrate this you might draw a comparison with the dairy industry should it be found to be generating lactose intolerance to the point at which the last milking would take place in 30 years time too.

Investment would dry up, the specialist skills required could taper off as technicians drifted away, buyers would melt away seeking long term security of supply…..country areas would depopulate.

Do present the productive point of view to committees in civil defence, transport and indeed defence because…..New Plymouth’s Port Taranaki is the nation’s oil services port and is also the only west coast deep water ports indicating that parliamentary cross party groups involved in transport and civil defence should also be informed of causes and effects.

Do Not Assume anywhere in Wellington any comprehension of the real and productive economy. For example many in and around parliament sincerely believe that New Zealand can exist on a service economy, especially a financial one. In fact the New Zealand net outflow from financial services is shocking by any standard simply because the insurance companies and especially the trading banks are owned overseas.

Do Not become drawn into any doctrinal argument whatsoever…….However tempting it may be do not rattle on about for example scientist Dr John Lovelock who now says of the warnings of climate catastrophe in his 2006 book, Revenge of Gaia: "I was a little too certain in that book. You just can’t tell what’s going to happen," and who claims that movement has become a substitute for “religion.”

Do not become involved in any discussion about the buoyancy or otherwise of the dairy sector. It will be tempting to point out that with the extinguishing of oil and gas dairy will take up a disproportionate weight of the economy, at a time that the China market now looks anything but assured, or that with EU dairy production quotas whipped away…

Do talk instead about economic balance…..which is the unspoken elephant in the room of the nation’ economic picture. This is an underpinning problem with the economy that few wish to talk about. The reason that Taranaki is so prosperous is that it is a rare, perhaps only example, of a local economy in equilibrium.

Do present a united front so that representatives of all these entities need to pull together with an education programme…..One aimed ironically enough at the very highly educated.

Yet who are removed, have a “disconnect” as they might style it, with the real economy which pulls along behind it their own privileged socio political world in which productivity masquerades for example as legal and financial services.

Do stick to the common purpose which you share with the government which we now summarise:-

Do constantly remind MPs of all stripe of this background….which is that Taranaki local authorities have the immediate problem of expecting their ratepayers to keep on paying their rates while all the while a premium productivity employment rug is being pulled from beneath their feet.

The Petroleum Exploration and Production Association – PEPANZ – has the problem of maintaining production at a time when the government has stated that it doesn’t want either exploration or production.

Heavy engineers have a confused profile in New Zealand which doctrinal politicians seek to exploit.

For example there is widespread confusion over software engineers, production engineers, civil engineers and heavy engineers in their own role which is highly specialised and without which no energy can be generated at all. Think turbines, wind generation, sun generation, tide generation, waste generation….

Have your news written, published & read here on MSCNewsWire