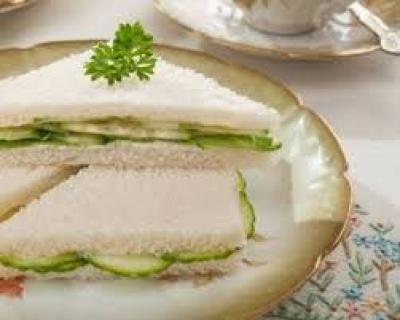 A Countdown spokeswoman said the Auckland Metro store had run out of cucumbers this afternoon and put it down to people stocking up for royal wedding parties, featuring cucumber sandwiches, tomorrow night.

The store had ordered more so there will be plenty by tomorrow morning for those who like to prepare last minute. Other royal favourites can also be found in Kiwi supermarkets, the spokeswoman said: when it comes to beverages, Twinings tea is commonly known to be the Queen's favourite brew, according to nzherald.co.nz.

Then there's egg sandwiches, sponge, scones and jam, Walkers Shortbread, Jaffa Cakes and Tunnocks Tea Cakes. And if you'd like to raise a toast for the happy couple; Lansons Black Label Champagne has the Queen's Royal seal on the bottle.

More in this category: « Cheesemakers have a reason to smile Study suggests graphic food labels would work »
back to top
Jun 08, 2018