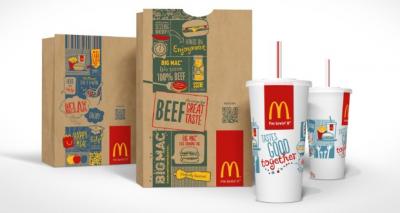 Campaigners have failed in an attempt to force fast food chain McDonald’s to reveal its use of plastic straws.

The proposal was put forward by a small shareholder and backed by pressure group SumOfUs. However, 92% of shareholders rejected the idea. McDonald’s reportedly said that the measure would be “unnecessary”.

Plastic straws have been targeted by environmental pressure groups as part of a wider effort to cut single-use plastic packaging. This week, hotel group Hilton announced it would be eliminating plastic straws and bottles worldwide.

Tottenham Hotspur’s new stadium, which is set to open later this year, will also ban single-use plastics. Pub chain Weatherspoon is also eliminating plastic straws across 900 outlets while Costa will phase them out over the course of the year.

Environment Secretary Michael Gove claimed that withdrawing from the EU could make it easier to ban plastic straws. However, disability groups have argued that banning plastic straws could have unintended consequences for people with neurological conditions.

More in this category: « Compost - a hidden source of plastic pollution Birds at out back gate »
back to top
Aug 09, 2018