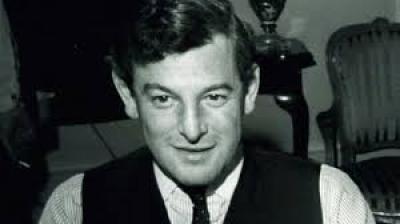 The death in Britain at 87 of Oliver Jessel places New Zealand at the very centre of the event that signalled the end of post war financial markets stability.

Mr Jessel (pictured) was born in New Zealand and the event at which he was one of the key participants was London’s secondary banking crash of the early 1970s.

Mr Jessel and thus his New Zealand provenance was at the time and then subsequently overshadowed by the presence in this same market of Jim Slater who personified the era and whose best remembered saying was “ stop when you reach the sea,” after a purchasing operative sought his instructions on property acquisition.

Mr Jessel at this time was viewed in pretty much the same light, as an alchemist who could turn old and undervalued companies into gold.

This he in fact did with Britain’s steel industry restructuring much of its remaining private companies.

Along the way his Jessel Securities dipped in and out of other peoples’ mergers and acquisitions and Mr Jessel consistently displayed a fine sense of when to get in and out of the companies under play.

He did much to popularise the unit trusts which were signature trends of this era.

Mr Jessel though as with so many of the gilded operators of this era was unhappy with the soubriquet of asset stripper and wished to establish himself as a city figure of the conventional league.

It was now that in positioning himself for the long term he found himself dangerously and as it turned out irrevocably exposed.

A slew of his other investments had to be sold to keep London Indemnity afloat and this in the end proved an impossible task and by 1974 Mr Jessel was no longer a City force.

Mr Jessel though along with Jim Slater was to prove an avatar of a simple mathematical formula that held that the true value of a corporate entity lay not in the whole—but in the sum of its parts.

This was to resonate in New Zealand especially where numerous traded companies were deemed to be undervaluing their real estate and it was this belief that fuelled the late 1980s bust in which the country lost all its financial institutions, the ones that operated globally.

After the London secondary banking crash of which he was such an emblematic figure Mr Jessel assumed a low profile away from the City lights.

The circumstances of Mr Jessel’s New Zealand origins remain clouded to this day.

The most likely explanation remains that his father Richard, a Captain in the Royal Navy, had been seconded to New Zealand and that his mother Winifred joined him there for his tour of duty.

She was the grand daughter of Marcus Samuel who was the founder of the Shell oil company.