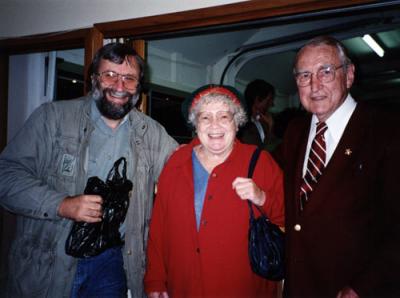 Dr Money’s was the most unusual and certainly the most controversial trajectory of any New Zealander’s in any academic discipline of any description at all.

It only came to light when the United States- based psychologist by now ailing from Parkinson’s sought to donate his collection of art to an institution in the country of his birth, New Zealand.

In the event this collection, internationally-rated due to its primitive art, came to rest in the John Money wing of the Gore art gallery in Southland. The collection was officially unveiled by premier Helen Clark.

Dr Money studied psychology at Victoria university in Wellington before taking up a junior lectureship at Otago university.

He emigrated to the United States becoming a research fellow at the Johns Hopkins university for more than 50 years.

He retired only two years before his death in 2006.

His Phd was from Harvard.

His role as a clinician in the Bruce Peter Reimer gender re-assignment case catapulted him to the very forefront of the hermaphrodite field. This accelerated following the suicide of Reimer who was being raised as a girl under the supervision of Dr Money.

Dr Money’s field of clinical endeavour was not of the type to have received universal approbation at the time, notably of course in his native land of New Zealand.

He was a prodigious author on the entire topic of gender-related tropisms and his willingness to plunge into controversy made him the international go-to clinician on the condition for much of the last half of the last century.

He remains one of a group of New Zealand-born innovators who are recognised everywhere else but in New Zealand.

These include scientist Leslie John Comrie who pioneered the computer data services industry and engineer Major Frank Holmes who discovered oil in the Middle East.

Perhaps because of the way in which he acted as a lightning rod for controversy in his clinical field, Dr Money preferred to associate with artistic and literary figures and he is pictured with Janet Frame and the late Michael King.