Waste tyres to be used in cement manufacture 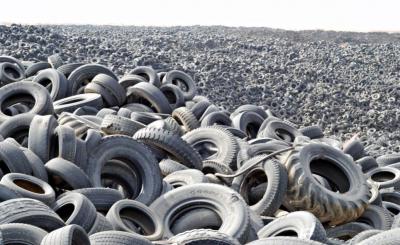 Millions of waste tyres each year are to be used to manufacture cement as part of a wider Government plan to address the environmental problems of end of life tyres, Environment Minister Dr Nick Smith announced at the Golden Bay Cement works in Whangarei today.

“New Zealand has a long-standing problem, with five million waste tyres generated each year. We have dozens of tyre stockpiles around the country posing a fire risk, leaching contaminants, providing a breeding ground for rodents and insects, and blotting the landscape. This initiative proposes controls on new stockpiles, establishes a nationwide collection and shredding operation and provides a large scale end use by installing technology to enable waste tyres to be used in cement manufacture.

“The proposed National Environmental Standard will prohibit stockpiles of waste tyres of over 200m3 - 2500 car tyres - without a council consent dealing with the environmental issues of leachate, fire risk, vermin and insects, visual amenity and a bond for future disposal. These new restrictions are needed to protect the environment, prevent ratepayers having to pick up the bill of dealing with stockpiles and to help channel waste tyres into more sustainable recycling and disposal options.

“The Government has provided a grant of $3.8 million for Waste Management New Zealand to set up a nationwide tyre collection network and tyre shredding facilities in Auckland and Christchurch involving capital investment of $6.4 million. This is needed because the major barrier to re-use of waste tyres is their bulk, making transport and disposal uneconomic. The shredding machinery will be imported this year, operational in Auckland by the end of 2017 and in Christchurch in 2018.

“Golden Bay Cement, a subsidiary of Fletcher Building, is being provided with a grant of $13.6 million towards the $18.1 million cost of new equipment that will dispose of 3.1 million shredded tyres per year. This technology is globally one of the most common and economically viable solutions to waste tyres. The high temperature incineration minimises pollutants, the steel in the tyres contributes to the iron requirements of cement and the rubber provides a fuel substitute for coal. The major environmental gain from this initiative is a solution for millions of waste tyres but there is also a benefit in reduced greenhouse gas emissions. Golden Bay Cement is New Zealand’s fifth largest emitter and the substitution of rubber biofuel for coal reduces emissions by 13,000 tonnes per year, or the equivalent of 6000 cars.

“We are also providing grants of $1.2 million to another seven smaller tyre waste projects. Eco Rubber Industries Ltd is being provided with a grant of $600,000 towards $2.4 million of machinery to produce rubber granules for rubber underlay, with a capacity for 600,000 tyres per year. Nufuels Ltd is being provided a $90,000 grant for a $135,000 pilot pyrolysis plant for 150,000 tyres per year. Other grants to Scion and Fulton Hogan cover feasibility studies into using recycled rubber for sound proof building products, roading and cycleway construction that could develop into future end uses for New Zealand’s waste tyres.

“These Government grants of $19 million will enable $28 million of investment into tyre waste solutions. Combined with the new regulations restricting stockpiling, these measures will go a huge way towards a sustainable solution to New Zealand’s end of life tyre problem.”

More information on these of funded projects can be found on the Ministry for the Environment’s website at http://www.mfe.govt.nz/more/funding/waste-minimisation-fund-funded-projects