The First FinTech To Go Global – The PayPal Story 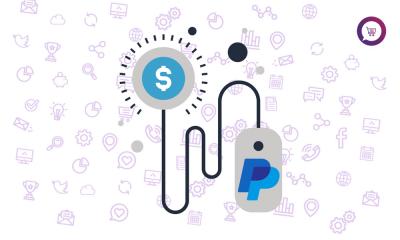 31 Oct:  The word “FinTech” (financial technology) has been thrown around as of late by hundreds, if not thousands, of startups looking to capitalize on the e-commerce coverage that the growing industry has been receiving. A FinTech, according to definition, is a company that uses new technology in the financial world. Originally, it was a term used to define the back end technology of established financial institutions.

Today, the term is used much more broadly and includes new financial technologies, such as Bitcoin, various e-wallet apps and capital marketplaces like Kickstarter. These companies attempt to disrupt the established financial sector and conventional financial channels by offering services that eliminate the need to use their older counterparts. Other interesting developments in the sector can be found in the insightful infographic the fellows at Play-N-Play have assembled.

Contrary to popular belief, the first truly successful FinTech companies have been around since the turn of the millennium. Some were even around since the late 90’s. The first FinTech to truly become a global financial giant out of this sector is none other than PayPal.

Today, PayPal is worth over 80 billion dollars and is, according to Forbes magazine, the 193rd biggest public company on the planet. Though this success has been nearly 18 years in the making, the rise of PayPal to global domination in the industry it pioneered has not been all smooth sailing.

PayPal was started in 1998 and was voted the worst idea of the year in 1999. The financial and venture capital firms assumed the payment processor would never be able to penetrate the market due to the immense size and market share of its competitors Visa, MasterCard and Amex.

PayPal began to convert users who found the payment system streamlined in the relatively new e-commerce experience and offered a cheaper price point for merchants than Visa, MasterCard and other conventional payment processing systems.

In 2000, PayPal had its initial meeting with eBay, a marketplace for auctioning goods. eBay was attracted to the growing user base and thought PayPal could be an asset to their business model. By 2001, PayPal began its impressive user growth and hit 100,000 users, a number that began to shake up the financial markets and bring attention to the growing FinTech sector.

In 2002, less than 4 years after being founded, PayPal had its IPO (Initial Public Offering) and immediately grew 55%, becoming NASDAQ’s biggest gainer amongst newly listed companies. eBay, immediately spotting the ecommerce growth, purchased a controlling interest in PayPal for 1.5 billion dollars.