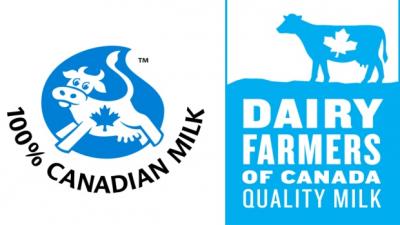 These problems centre on the United States pushing across its northern border a variety of highly processed dairy products.

These ultra refined dairy products Canada views as squeezing their way through NAFTA.

The United States dairy sector has benefitted mightily from the de-diabolising of dairy fats in recent years.

With the blame for many illnesses now being transferred to sucrose, the demand for butter especially has soared.

The result is that the United States has been unable to absorb internally the by-products of butter production.

In a little known biotechnology process known as diafiltration, a membrane technique that is close to the medical treatment dialysis, these by products are converted into products that are sent to Canada.

Canada’s dairy sector is protected by a regime known as supply management.

Supply management in its turn is a regime designed to preserve political stability in Canada.

This in turn means keeping the peace in the French speaking states which are the dairy producing ones and prone to secessionism.

The United States dairy sector has long smouldered about the lead it believes that it gave to the Swiss in this same category of fine process refining technology.

United States dairy producers are determined to ship this new diafiltration by-product across the border and take advantage of every loophole in Canada’s otherwise impenetrable dairy protection barrier which allows them to do it.

None of the New Zealand governing coalition partners was in favour of the original Trans Pacific Partnership, the one signed in Auckland, and which included the United States.

Some of them and their treaty-hungry advisers will remember too that it was less than two years ago that dairy organizations in the United States, Australia, the European Union, Mexico and New Zealand issued a joint letter to their respective trade and agriculture officials, expressing indignation about Canada's actions to deepen its already prohibitive restrictions on dairy trade.

The groups said that Canada's increasingly protectionist policies violate "international trade obligations, hold out the prospect of trade diversion with attendant global price-depressing impacts and are in conflict with the principles of free markets and fair and transparent trade."

| From the This email address is being protected from spambots. You need JavaScript enabled to view it.  |  Wednesday 24 January 2018   |||

More in this category: « Why Prince Al Waleed’s Pals Keep Their Heads Down Taxpayer $100 Million Priority –-Another Television Channel »
back to top
Nov 11, 2018