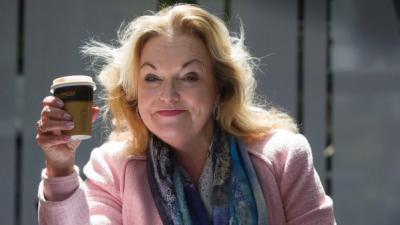 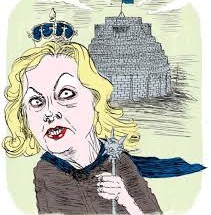 Amy Adams MP? Her selection would “over lentil” in bureaucratic parlance the electorate-appeal casserole simply because the National Party would be viewed as playing identity politics which it is not supposed to do. In this instance by overdoing diversity in this case women. Miss Adams who is the other hot leadership contender probably would not accept anyway, hoping to make a subsequent full leader bid should Mrs Collins stumble at the electoral fence.

Simon Bridges MP? He fills the youth requirement, and the diversity one due to his tribal heritage. But he does come across as a Kiwi smart-arse, too clever by half and making his utterances on anything at all sound like proclamations. Supporters correctly claim that if this is the only criticism of him, then he should be a shoo-in on the ability stakes. There is another element and one which nobody is keen to talk about. It is this. He took the Tauranga electorate seat from Winston Peters MP. With Mr Peters hovering still over the National Party like the Ghost of Christmases Past, this could make any future détente with the party’s rogue populist even more difficult.

Steven Joyce MP? In operational terms the strongest runner. But he comes across as an apparatchik and his straight-face one-liners often go ungrasped and unheard. But here’s the unspoken problem. This is that he is the wrong one to point the finger when the coalition government’s ideological left having endured its enforced election honeymoon asserts its power. It will start designing things like extra television channels at the taxpayer expense. Mr Joyce, with his stern head masterly demeanour, resembling an old-fashioned vicar, the voice of common sense, will tend to come across as a spoil sport, a wowser.

Mark Mitchell MP? Here is a tough guy projecting the type of image that the National Party needs to deploy in order to corral its wandering supporters. This at a time when members of the ruling Labour coalition government will find themselves increasingly having to participate, faces suitably daubed, in parades and shows of strength supporting if not exalting ways of life which an electorate silent majority believes in fact to be abhorrent. Here’s his problem. His long career in military type enforcement services at home and abroad means a vulnerability to a connection with an episode of the type chronicled routinely now on a book basis on the eve of every triennial general election. A distraction, a bullet, of the very type that the National Party seeks to dodge.

Paula Bennett MP? In the deputy-only stakes we find Paul Bennett as the default candidate. She intends sitting this one out, literally. She is the sitting-tenant and intends to stay there. This inertia will remain until someone is delegated by the National caucus to displace her. Her talent is to keep smiling and carry on as if she is enjoying every moment of what is going on. A problem for her is that her old sponsor Murray McCully retired at the last election and thus cannot rally the forces for this sensible and benign presence.

| From the This email address is being protected from spambots. You need JavaScript enabled to view it.   || Thursday 22 February 2018   |||

More in this category: « MSC Newswire Overtakes One Million Visits Per Month Government Agencies Involved in Funding Hillary Clinton Visit to Auckland in May »
back to top
Nov 11, 2018