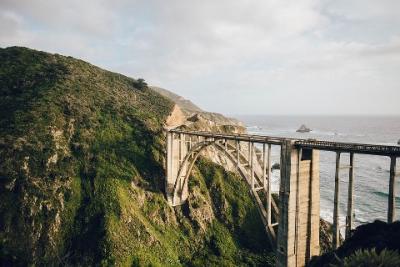 “Cancellation of major projects, delays in new projects coming to market and uncertainty about future transport funding are forcing the contracting sector to release skilled staff just at the point at which the Government wants to increase the speed and scale of construction,” says Stephen Selwood CEO of Infrastructure New Zealand.

“It is natural for infrastructure priorities to change with new leadership, but the scale of change in recent months combined with high uncertainty over future transport funding is having a particularly heavy effect on a sector under pressure from rising input costs.

“The Government’s desire to utilise private capital to facilitate infrastructure delivery is commendable, as are commitments to increase Crown capital investment from $32b to $42b over the next four years, but it’s the lack of “shovel-ready” projects which is the problem.

“Near-term cancellation of projects which the sector had anticipated getting underway shortly include the consented East-West Link, the Tauranga Northern Corridor, the Petone to Granada Link road and SH1 Cambridge to Piarere.

“Delays to the CRL and north-western busway as well as uncertainty for critical growth projects like the Mill Rd corridor in Auckland and safety projects like Otaki to Levin north of Wellington is compounding the issue.

“All up, a conservative figure of the total investment pushed out of the next four to five-year period is over $2 billion. That’s in the order of $400 million per annum taken out of the contracting sector.

“While it is not the Government’s job to keep the construction industry busy, a committed pipeline of work is fundamental to the productivity of the sector, thereby delivering value for tax-payers.

“It is vital that near-term gaps in the project pipeline are not allowed to undermine the long term health and capacity of the construction sector.

“Australian investment in transport is set to double in the next couple of years. The big Aussie contractors will absorb all the available skills we have spent a decade building up, risking a repeat of the 2000s from which we’re still recovering.

“There are projects with consents ready to go, including Mill Rd and Penlink. These projects have very positive economic benefits and unlock land for housing. We know they are going to be delivered, they must be signed off.

“These are urgent issues and if left unattended will materially impact our ability to deliver infrastructure and home construction programmes,” Selwood says.

More in this category: « More women encouraged to enter the Trades Acuite: new partnership with construction productivity software leader »
back to top
Mar 27, 2018