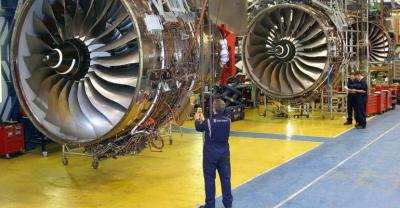 Apr 14 - Air New Zealand is working closely with engine manufacturer Rolls-Royce on a global issue involving some of the Trent 1000 engines that power its Boeing 787-9 Dreamliner fleet.

Last month Rolls-Royce, in conjunction with European regulator EASA, issued a directive requiring operators of a type of Trent 1000 engine known as ‘Package C’ to carry out earlier than usual maintenance checks on a specific part of the engine compressor.This check was already required prior to the engine reaching a flying threshold of 2000 cycles (one way journeys). The directive reduces that timeframe to 300 cycles. Rolls-Royce advises 380 engines globally are impacted by the directive, including nine in the Air New Zealand 787 fleet.Trent 1000 Package C engines that have operated fewer than 300 cycles are unaffected by this directive. Air New Zealand also has Trent 1000 TEN model engines in its 787 fleet and these are unaffected.Air New Zealand expects there will be some impact to its international schedule as a result of the checks and thanks customers in advance for their patience as it works through this challenge at what is a very busy time for travel.

have your news read on MSCNewsWire

More in this category: « Cathy Pacific Specials For Christmas British Airways, Lufthansa, SIA ‘eye Air India’ »
back to top
May 03, 2018