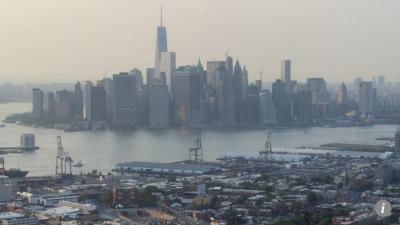 In the two years since Emirates began 17-hour-plus flights between Dubai and Auckland, the envelope has regularly been stretched. With Singapore Airlines announcing 19-hour direct flights to New York, is anywhere out of bounds?

The battle in the skies to see which airline can provide the longest non-stop flight has been taken a step further with Singapore Airlines’ announcement last week that it will launch a 19-hour flight from Singapore to New York before the end of 2018.

It’s the latest step in an ongoing contest between airlines as to who can provide the longest non-stop flight, with Qatar Airways holding the current record at 18 hours, and Qantas launching its own 17-hour direct flight in March.

The new flights seem to be coming fast and furious, so here’s the new, updated list of the top five longest non-stop flights that are either happening now or are in the pipeline.

More in this category: « China Eastern Airlines launches new 'Toy Story' plane to take you to infinity and beyond Emirates uncorks its finest wines from the cellar, launching the Emirates Vintage Collection »
back to top
May 03, 2018