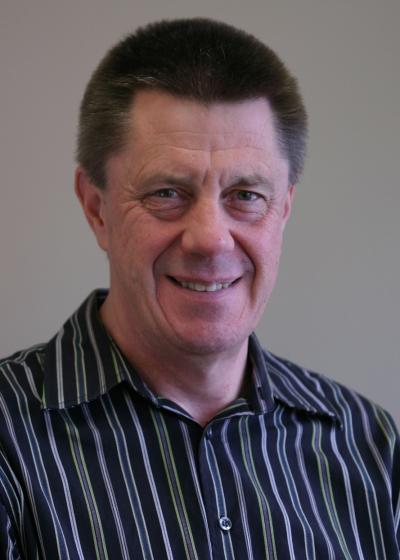 Ground-breaking Engineering Professor Rick Millane has been announced as the recipient of the University of Canterbury's Research Medal 2018, one of the highest awards the University’s Council can bestow.

Professor Millane, of UC’s Department of Electrical and Computer Engineering, is an international leader in the development of methods for macromolecular imaging for structural biology.

Over the past three decades he has been instrumental in developing new theory and computational algorithms for imaging the structures of biological macromolecules using x-ray diffraction. His work has had particular impact in the application of new x-ray free-electron lasers to study the structures of biological molecules. His methods are used by structural biologists to help understand disease processes and for drug design.

His recent work contributes towards our understanding the structures of amyloids, mis-folded protein aggregates that are implicated in neurodegenerative diseases such as Alzheimer’s and Parkinson’s.“The annual award goes to a UC researcher whose work has been recognised as truly world class, and I look forward to presenting Professor Millane with his medal,” UC Chancellor | Te Kumu Kaunihera Dr John Wood says.

“Professor Millane is an internationally acclaimed researcher whose work has wide impact, and of whom the University can be proud, as both an academic and a graduate of UC. He is a fitting recipient of the University of Canterbury Research Medal,” Dr Wood says.

“Professor Millane is recognised as an outstanding researcher, educator and educational leader. His skills are diverse and his work is interdisciplinary – in addition to his work in biomolecular imaging, he has also applied his skills in image reconstruction and diffraction theory to medical imaging (optical diffusion imaging and magnetic resonance imaging), diffraction by disordered and geometrically frustrated materials, image analysis problems in biology, vision science, geology and atmospheric science, and aspects of visual perception,” Deputy Vice-Chancellor |Tumu Tuarua, and chair of the Selection Committee, Professor Ian Wright says.

After finishing near the top of his class while a pupil at Wellington College, Rick went on to earn his BE (Electrical) (First Class Hons) at the University of Canterbury in 1975 and in 1981 gained his PhD in Electrical Engineering, also at UC.

He worked at Purdue University in the United States for 20 years where he did foundation work in x-ray fibre diffraction analysis and phase retrieval – work which was supported by the US National Science Foundation. On returning to UC, he built on this work and has been awarded three Marsden Grants and a James Cook Research Fellowship. Last year he was elected as a Fellow of the Royal Society Te Apārangi. Also last year he was awarded, together with three international colleagues, a three-year grant from the Human Frontier Science Program.

Professor Millane was awarded the Royal Society of New Zealand T.K. Sidey Medal in 2016 for his “wide ranging and fundamental work in x-ray diffraction imaging, diffraction theory, and optical diffusion imaging, and their application in biology and medicine”. (The T.K. Sidey Medal is awarded once every three years, its first recipient being Nobel Prize-winner Ernest Rutherford, UC’s most distinguished alumnus.) Professor Millane is a Fellow of the Optical Society, the International Society for Optics and Photonics, and Engineering New Zealand.

At UC, Professor Millane directs a highly regarded research group in computational imaging, and has directed 21 PhD students and 12 postdoctoral fellows, many of whom have gone on to a wide variety of positions of responsibility as researchers and managers, with key positions in universities, companies and federal research laboratories in North America, Europe, Asia and Australasia.

The 2018 medal will be officially presented to Professor Millane by the UC Chancellor, Dr John Wood, later this year at the Chancellor’s Dinner.

The UC Research Medal is awarded by the University Council for excellence demonstrated by a sustained record of research of the highest quality, or by research of outstanding merit produced over a more limited timeframe. The Research Medal is the highest honour that the University Council can extend to its academic staff in recognition of research excellence.

More in this category: « University of Auckland launches first Graduate School of Engineering Week of Engineering NZ in expos across NZ »
back to top
Jun 18, 2018

Getting your news out there