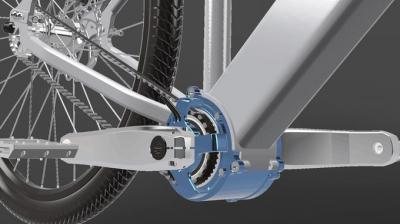 PANTHA is a New Zealand based renowned Kiwi bicycle manufacturing brand that introduced BMX to New Zealand in 1978. The family owned, and operated business comprises of leading industry experts in bicycles and it is now introducing an all-new and perfected drive systems for the electric bike enthusiasts worldwide. The project is called 'RIDE A PANTHA' and it is currently being crowdfunded on Kickstarter with a goal to raise a sum of NZ$ 100,000 in a recently launched crowdfunding campaign.

"Simplicity of movement is the whole idea behind this project and we are proudly introducing a selection of two unique electric bikes that are simple in design, and we are doing this by utilizing two different drive systems." Said the spokesperson of PANTHA, while introducing this project to the Kickstarter community.

The Kickstarter Campaign is located on the web at:www.kickstarter.com/projects/pantha/the-simplicity-of-movement and backers from around the world can claim their rewards by becoming a part of this project and making pledges. The rewards are being offered for these supporters with worldwide shipping and more details are available on the Kickstarter campaign page of the project.

About RIDE A PANTHARIDE A PANTHA is an inspiring initiative by a New Zealand based bicycle technology company called PANTHA, which is aiming at revolutionizing and reviving the concept of bicycle riding around the world. The company has recently introduced two unique drive systems for electric bicycles and it is now offering these solutions via Kickstarter in a recently launched crowdfunding campaign.