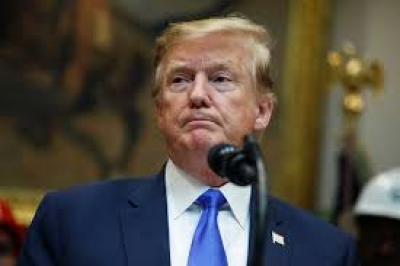 In a welter of claims and counter claims centred on social media the fadeout of the Trump presidency brings it full circle to its point of departure just because President Trump detonated a press rage by dealing directly with the public through social media.

At the outset of his campaign Donald Trump by-passed the conventional media by using social media to communicate with anyone and everyone anywhere.

Everyday people however remote from Washington now enjoyed the same access to Donald Trump’s confidences as members of the White House press corps, a coterie that takes itself ultra seriously.

In disintermediating the conventional media Trump struck at a hitherto professional elite which was to maintain its rage throughout his tenure.

This surly resentment crossed the Atlantic where the British press could never bring itself for example to note that President Trump’s mother was born in the UK, and emigrated to the United States as a young woman.

This contrasts with the much reported, and much more remote Irish ancestry of presidents Kennedy and Reagan.

From the outset the conventional media convinced itself that Donald Trump could never win the presidential election just because he was insensitive to the tribal nature of their identitarian politics. The Trump campaign in the event understood quota considerations rather well and to the point of realising that those at the bottom of the heap now understood that the burden of the media-encouraged orthodoxy was falling on them.

It is in this context of unfinished business that the inauguration of President Biden fails to represent the new era, the turning of the page, that is inherent in changing of the guard inauguration symbolism.

The outcome is that United States is now looking at what is known in the Westminster realm as a “shadow” government in the form of a Presidency-in-Exile.

The real actual government the one centred on the White House is now presented with the immediate problem of isolating this rogue presidency and doing so before it embeds itself as an alternate policy source.

This can only be done by blocking its communication channels, a process well underway with the cooperation of an only too willing Silicon Valley which at the outset of the Trump regime united with Hollywood in its antipathy to the insurgent hotelier.

A sure-fire blackout of the ex president? Not if you consider the impermanence of Silicon Valley, something shared with Hollywood.

Point-to-multipoint texting is an evolving sector with no shortage of new entrants and outfits with names such as Gab and Parler are already snapping at the heels of Twitter.

Twitter is now in the same position as IBM was when it controlled the information technology business with its all-encompassing market dominance.

In his presidency-in-exile role Donald Trump has indicated a priority in confronting the coastal enclave-based orthodox media with, well, Trump Broadcasting.

The narrowness of his election loss in the biggest election turnout in US history indicates an audience-in-waiting.

Orthodox media is most of all pre-occupied with news about itself. This is an underpinning reason who so much of it moves in lockstep especially in sharing voguish ideologies in which during the Trump years the mainstream demonstrated the shared devotion of the converted.

Fractionated audiences, displacement of the predictable with the unpredictable, coverage of let’s-all-forget topics such as police defunding, even a further split in national advertising…..

Conventional media described Donald Trump as dangerous in the White House. They might find him even more lethal outside it.

More in this category: « Gullible Australasia Craves Beijing Blessing Earns Scorn Instead
back to top
May 17, 2018