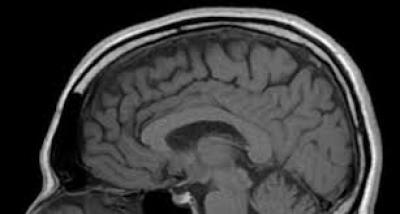 Like a storm cloud gathering over a grandstand long dated football injuries liability looms over the professional contact sport.

Professional personal injury sports liability is the last taboo. It is literally too painful to contemplate.

This threatening cloud began in the United Kingdom with a group claim on behalf of 40 retired professional football, soccer version, players all said to be victims of early onset dementia, suddenly turned ominous also in the football, rugby version.

It emerged that well over 100 former professional rugby players were going down the same litigation claim route and for the same reason. That of early onset dementia.

Still more ominous was the indication from lawyers acting on behalf of these groups to the effect that it was probable that 50 percent of former professional rugby players suffer with dementia.

Professionalization of rugby football placed the game in a corporate framework in which players became employees.

The already intense nature of the sport accelerated and so did the phrase on the contemplation of a star groggy player that he was all right because “he’s only got concussion.”

Professionalization also drew into its slipstream a number of other elements that made rugby players increasingly prone to injury and especially to head injuries.

In the amateur era players had another job to go to, farming is the obvious example, and so could quit the game early if they wanted to.

In the new professional era players with no family business or skill or career to fall back on are compelled to keep on playing an increasingly physically dangerous game for as long as they can stay employed.

The class actions brought by lawyers elsewhere is based on the tort of negligence. The claims allege that reasonable care was not taken by the responsible governing bodies to protect players from reasonably preventable brain injuries sustained as a result of concussion.

The growth of British class actions is having a snowball effect in the case of the rugby internationals diagnosed with early signs dementia. Lawyers involved say a further 80 former players ranging in age between 25 and 55 also show early signs of dementia.

The gathering litigation momentum in the UK will also embrace the sports medicine fraternity and especially so in the team doctor role in return-to-play decisions.

Before the introduction of seat belts and air bags concussion was a feared outcome of any vehicle collision just because it was not obvious. Those involved in sudden head impacts with steering wheels, dashboards and windscreens were kept under close observation for days after the impact.

So coincident with the advent of the professionalization of rugby football the generalised public fear of concussion began to recede as a threat to anyone involved in any head injury at all and this was especially so on the sports field.

Only in quite recent times has concussion as a trauma re-entered the public medical consciousness and it has done so in concert with the wider perception of dementia and its early onset.

A reason for the scheme of putting rugby management and proprietorship in the hands of a United States-bases corporate entity is that professional sports injuries claims processes began in the United States and so management there has the experience to deal with them.

The matter of an essentially amateur organisation being responsible for a professional sport is one that few wished to confront even though professionalism meant increasingly violent jolting among players who now also started to become much bulkier as the pressure came on them to win.

Many are perplexed by the popularity in this era of gender fluidity of collision sports at a time of the swelling sensitivity and debate on the cult of exaggerated masculinity. The clamour for bigger, and still more capacious publicly-funded stadiums the better to view the spectacle underlines its ancient ritual origins and thus its immunity from gyrating trends, however pervasive they seem at the time.

In Commonwealth nations such as South Africa, Australia, and New Zealand rugby football enjoys a priority institutional status based on its role in social cohesion.

More in this category: « Taliban Used Guilt to Dupe United States and its Allies Treaty Allies Wary of Operations with United States »
back to top
Mar 24, 2018