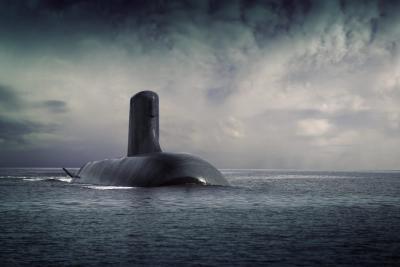 Retrofitting French Atomic Subs was a customisation too far

The new AUKUS military alliance concludes the most bizarre construction deal in modern military procurement, the one for Australia to retro re-equip French nuclear submarines with diesel engines.

The compromise was itself powered by the most high minded of moral objectives blended with the most practical of political imperatives. The moral objective was to protect Australia from anything nuclear. The political one was old fashioned electioneering based on keeping jobs there too.

What a difference a few years make. Five in the case of the backwardly compatible subs.

In 2016 the year the deal was signed with France many in Australia still hailed China for having “lifted” this was the word always used a substantial chunk of the world’s population “out of poverty.”

Neither was this belief confined to the politico media class. A year before in 2015 the Chinese-owned and aptly-named Landbridge Group won the bid for a 99 year lease of Port Darwin which happens to be Australia’s gateway to the Indo Pacific.

In 2018 the state of Victoria signed up with China’s Belt and Road scheme seen at the time and until it was abruptly cancelled by the Federal government as the very embodiment of political progressivism.

The retro conversion of the French nuclear submarines to internal combustion can be compared to re-powering diesel electric rail locomotives with coal-fired steam engines.

Until even months ago the problems of this 2016 deal for the re-engined French submarines were brushed under the carpet. The quaint arrangement eliminating anything nuclear kept Australia’s Labour Party at bay, and thus similarly the nation’s activist media which is nearly all of it.

The French always saw the problems in re-adapting their standard nuclear-powered submarine package and so insisted on a large order so they could obtain efficiency of scale for the extensive modifications.

Government consortia and private corporates tremble before altering, tampering, with standardised technology packages of any description. Customising a proven technology introduces a chain reaction in which a change somewhere distorts everything else, everywhere else.

This is why most acquirers of packaged, standardised technology, sensibly seek to mould and bend their own requirements around the technology package instead of the other way around.

The Australian 2016 submarine contract requiring the nuclear propulsion to be replaced by internal combustion engines turned the French standard package inside out.

This is because the original nuclear design meant that the submarine would remain operable at sea continuously until the crew food supplies ran out.

More important still the combustion engine propulsion would cancel out the nuclear submarine other great advantage, the one of silence.

Another danger of customising a standardised package is that it empowers the vendor to add costs.

The French government owns most of the constructor Naval Group. It sought to compensate for customisation by insisting on a large flotilla of the modified submarines in order to achieve scale of production for the drastic hybridisation of its standard design model.

It was genuinely shocked when the entire somewhat dotty deal was abruptly cancelled. It was a rare example of a tightly-held trade/defence secret.

The French were lulled because nobody in any authority in Australia, or in any other western ally until very recently questioned the contract dogged as it so obviously was with the cost and delays caused by the customisation complications.

Not a whisper reached the French government with its vaunted foreign service, nor Thales the secondary shareholder of the constructor Naval Group, or even Naval’s own operational management.

Washington saw the problem. It now presented a clean deal, one that suited all parties including the British now put back in a position to resume a historical role in Australian heavy engineering.

The fury of France’s response indicates that no amount of penalties and damages will compensate for the abrupt contract termination.

China’s sabre rattling and the corresponding cutting through of the “lifted out of poverty” creed and its replacement by a practical appreciation of a threat is one explanation for the abrupt submarine contract upset.

Another is that the sudden sub announcement was itself a diversion from the impression of the messy withdrawal from Afghanistan. Itself an example of the confusion when political expediency laced with ideological distractions intrude on military planning.

More in this category: « Siouxsie Wiles Outburst Raised Judith Collins Above Noise Level Cop26 Covid Cover Up is Threat to Workers »
back to top
Jun 03, 2018